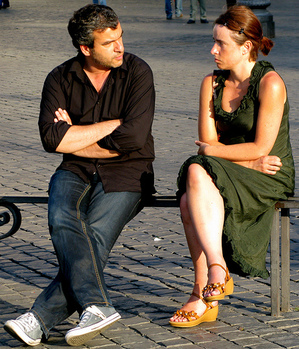 This issue has been plaguing a few of my friends and myself as of lately and I would appreciate some feedback from the F-word crowd. How do you balance two ambitious careers between yourself and your partner?

Sheryl Sandberg has recently been quoted: “Until women are as ambitious as men, they’re not going to achieve as much.” Sandberg has been promoted as the model woman who has achieved everything, COO of Facebook, mother of two and a loving ambitious entrepreneurial husband.

However, enquiring minds wants to know how exactly does it work? Specifically, how do you balance a partnered relationship where both parties want their careers first? It usually results in women choosing to find a partner later in their lives when they are strong enough in their career to negotiate with their partners. Often a problem arises when ones career may be concentrated in one city; the other person’s career is focused in another city. This may result a compromised career which be pro-actively chosen through child-care or the partner with the lower salary. While I am discussing about compromising location, there are other issues of negotiation such as who goes home when a child calls sick? Who makes time out of their career for parental leave?

Anecdotally, I’ve seen couples make agreements by living in a large city where they both can find satisfying opportunities, or they may live in a village halfway between their employment. While this may work for some couples, it would mean cities such as London would have the monopoly on ambitious couples.

I also know an international development couple who has made the arrangement of taking turns of deciding which country to live in. One will determine the location by picking the job, the other one follows. After a certain specified time, the roles are reversed.

What about you? What anecdotal strategies have you seen/heard? What works between you and your partner?

Photo above is of a couple having a disagreement which was taken by Ed Yourdon. It has been used under the creative commons license.