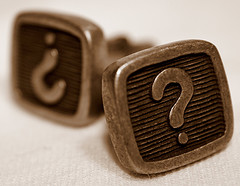 In an effort to make sure women’s rights were kept clearly on the agenda, Chitra Nagarajan and I crafted and raised the following question during the civil society press conference at Bonn:

My name is Chitra Nagarajan, I’m a writer from The F-Word, the leading feminist magazine in the UK. Activists in the UK have been mobilising in solidarity for the past few months with women in Afghanistan under the ‘No women, no peace.‘ campaign. I understand that justice and security sector reform is a priority for the international community in the years ahead. I also read recently in the New York Times about the case of Gulnaz who was urged by a *judge* to marry her rapist as an alternative to imprisonment for adultery. What steps do you think the Afghan government should take and will take, if any, to protect Gulnaz and other women and ensure their rights are safeguarded in the transition?

The responses we received from the civil society panel were as follows:

Selay Ghaffar: Thank you for the solidarity from all over the world. Women’s rights are much more in danger during the transition than in the conflict. We’re now in the second phase of the transition. In the provinces where transition is already happening, we are hearing stories about the risks that women are facing in these areas. What we want is to bring the messages of civil society that we want protection mechanisms to be established. We want coordination with the international community and UNAMA for them to act as observers to ensure that citizens rights are respected, especially women who will be at higher risk during the transition. We have informal police as well as formal police and the risk of being insecure is worse with this second system.

Barry Salaam: There are two generations operating in Afghanistan. When a woman has been raped, the first response she gets from the court is that she’s been a bad woman and instigated the man. The first thing to do is replace the judges that have those mindsets. Training, building capacity and replacing those whose minds cannot be convinced and who will not reform their thinking. We’ve had progress, and it’s been due to the great work that people like Selay does in Afghanistan.

Selay Ghaffar: To deliver justice to these victims, we must end the culture of impunity that exists in Afghanistan.

(Selay Ghaffar and Barry Salaam are the two civil society representatives that were elected to speak at the Foreign Ministers’ International Conference on Afghanistan in Bonn.)

Photo of cufflinks with question marks on them, by Oberazzi, shared under a Creative Commons License