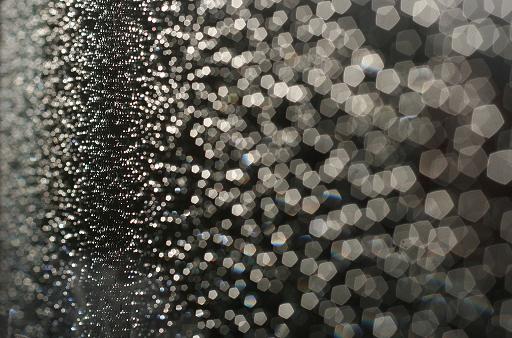 December’s Playlist: Seasons greetings to all our readers… and listeners

This months playlist was compiled as gale force winds lashed the UK and, on a more immediately local level, amidst episodic torrential rain and half hearted hailstones. It was perhaps for this reason, as I observed shop fronts damaged dramatically but briefly by a local hurricane, that I felt my mind turning to seasonal rather than festive sounding music. Though it has to be said, it is also in my mind that many of our readers, for various reasons (faith, culture, personal…) will not be celebrating Christmas.

We start proceedings this month with the highly atmospheric Dengue Fever, the LA based band who combine Cambodian pop with psychedelic rock, and continue with African Head Charge, personnel of Adrian Sherwood’s On U label. Both Dengue Fever and African Head Charge are bands I’ve randomly encountered via the radio and have since endeavoured to musically pursue, but with varying degrees of success. I wish to return the favour of the two DJ’s in question (Gideon Coe in 2010 in the former case, John Peel in 1993 in the latter case) by now introducing them to you.

I’ve also paired the minimalist ‘We’re in the city’ , one of Saint Etienne’s rarer tracks, with the spare industrial ice of Zola Jesus’ ‘Ixode’ which sits beautifully next to Esben and the Witch’s ‘Hexagons II (The Flight)’, a wonderfully wintry moment from their current concept E.P ‘Hexagons’.

Whilst David Wilkinson wrote a couple of months back of the way in which Laura Groves (aka Blue Roses) has seen her folky 2009 debut eclipsed by the success of Laura Marling (whose third album ‘A creature I don’t know’ Louise Allen recently reviewed) Laura Nyro was, for years, cast as the woman who was booed off stage at the Monterary Pop Festival, despite video evidence to the contrary.

It was only decades later, in the nineties, that her career came to be critically re-evaluated, and like many artists, her real value has only come to be appreciated following her death. Earlier this year she was put forward for possible induction into the rock’n’roll hall of fame, and on December 7th it was announced that she would be inducted into the hall of fame in April 2012. She is the only woman on the final list of inductees, earlier women on the list of 15 nominees (which included Donna Summer , Heart, Joan Jett and the Blackhearts and Rufus and Chaka Khan) having not been voted in.

Sheila Chandra shares with Laura Nyro a prodigious start to her musical career, as well as an early musical retirement. Whilst Nyro was 19 when she recorded her debut album, Chandra was 16 when, as part of Steve Coe’s Asian fusion band Monsoon , she had a massive number 10 hit with ‘Ever so lonely’.

If you watch this clip, you can see that, whilst 1982 was hardly the dark ages, British Asian fusion music hadn’t really kicked off in a big way at that point, and the band appear to have been treated as something of a novelty. Following the disbanding of Monsoon, Chandra continued to record for Coe’s Indipop label as a solo artist. ‘Village Girl’, which features in this months playlist, is taken from a best of compilation of her work for Indipop.

Although many songs on this months playlist are not from this year, I have also included some bands and songs I’ve enjoyed in the past twelve months, as well as some artists I’m hoping to hear more of in 2012. Emeli Sandé, for example, has released two excellent singles of urban soul this year, one of which (‘Heaven’) you will find in this months playlist.

Her debut album will also be out soon, and it would be right to expect great things of her.

The band Boyfriend meanwhile will be releasing their debut album ‘Egyptian Wrinkle’ in February 2012. The track can be seen to be occupying the space between shoegazing and post rock with ease, which isn’t something I can see myself typing ever again…

Also new for this year has been the Youtube sensation Lana Del Rey, whose debut single ‘Video Games’ remains largely inescapable. A woman whose image re-imagines film noir, Nabokov’s Lolita, and the works of David Lynch for a post Britney Spears world, and whose musical starting points include Nancy Sinatra and hip hop, it is hardly surprising that LDR has intrigued and divided in equal number. I have included ‘Blue Jeans’ in the playlist, and have placed it next to Amy Winehouse’s ‘Back to black’, a song that also draws heavily and confidently on sixties pop (in that case the Shangri-Las and Girls in the garage compilation songs such as The Pussycat’s ‘Dressed in black’) and which did so with considerable poignancy and panache. It is too early to tell whether Lana Del Rey will be a brief fad, but the new single and album are out in early 2012 and you can preview the single ‘Born to die’ here:

One of the musical highlights of the past year has been seeing the jaw droppingly good Zola Jesus on tour with labelmate EMA. The Quietus recently ran an interview with Nika Danilova and Erica M. Anderson in which the pair were asked about their respective upbringing in the US Midwest. Whilst rather fed up of talking about it (you suspect upon reading the piece that both have been asked about small town US life rather too frequently lately) the resulting piece does make for fascinating reading. As well as the mesmerising ‘Ixode’ by Zola Jesus, I’ve also included EMA’s ‘California’, a ferocious stream of consciousness that I posted about back in November when musing on angry women.

Less fondly remembered will be the riots of August 2011, which are currently being analysed and reported on in depth by The Guardian in conjunction with the LSE. The report looks at the possible causes of the riots, and as a piece of sociological research its scale is impressive and far reaching. Whilst findings such as rain having effectively stopped play in Manchester and Salford will come as little surprise to residents of both cities (likewise an eyewitness report in Salford that there wasn’t much worth looting in Salford Precinct…) the report is timely and important, and deserves to be widely read. Whilst neither the cuts or the riots have led directly, or indirectly, to a resurgence of political pop as such, I have spotted some possible contenders.

Firstly, Patrick Wolf (the uncrowned king of wonky pop if ever there was) released ‘The City’ in April, which used financial crash metaphors in the context of the triumph of love. And just last week I encountered Doyle and the Fourfathers acidic and quietly ferocious ‘Welcome to austerity’…

I am hoping for some Angry Young Women as balance and contemporaries to the Angry Young Men now… from the axing of EMA and the rise of tuition fees, to redundancy and long term unemployment, to riots, the Jarrow marchers, the return of the unions, and more protests… there is certainly plenty to be writing songs about.

The playlist wouldn’t be complete without some kind of nod to the festive season so, possibly against my better judgement, I have included Low’s lo fi gem ‘It was just like Christmas’, which is currently soundtracking a trailer on 6 Music, along with my all time favourite Christmas song: The Waitresses ‘Christmas Wrapping’, a song many of you may think you don’t know, but which you quite possibly do.

Waitresses singer Patty Donohue is surely a contender when it comes to making lists of undervalued post punk women. With a vocal style akin to a more sarcastic Debbie Harry, and as part of a band that gave the world not only ‘I know what boys like’ but the excellent ‘A girls gotta do’ and ‘No guilt’, Patty Donohue is sorely missed.

Storm image by practical owl, from flickr and shared under a creative commons licence