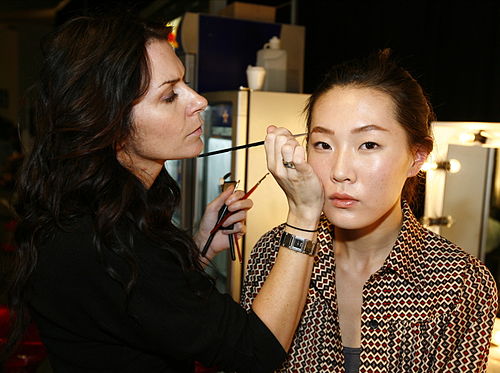 In defence of fake beauty

‘Natural’ beauty slyly requires us to use just enough makeup, spending just enough money and putting in just enough effort to convince people there was never any money or effort or makeup involved.

And, as it turns out, such an achievement doesn’t come particularly cheap, or particularly easy. The cult of natural beauty does not, in reality, ask us to strip away our feminine ‘fakery’, but rather to make our fakery more subtle and more convincing, which requires ever more expertise, ever more specialised products, and ever more anxiety about getting it wrong. A dress that doesn’t flatter her, an uneven streak of foundation, a dodgy hair dye job: signs of failure, mocked because they signal ineptness at mastering our image – the ultimate sin of womanhood.

In a society of compulsive airbrushing, saturated with images of impossible perfection, the notion of embracing a more natural – a more realistic – image of ourselves may seem instinctively appealing to a feminist sensibility.

But we would do well to think carefully about the assumptions that structure such aesthetic categories. Natural has never really signified an intrinsic pre-cultural quality. As the process of the make-under so aptly demonstrates, what we call ‘natural’ is only ever a different mode of artifice, produced within society’s power-structures and equipped with its own set of cultural codes and meanings.

To talk about natural beauty is to naturalise a specific form of beauty, and naturalisation is always a process of privileging and exclusion. 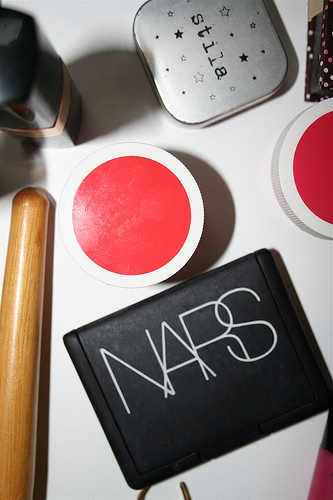 Society’s unnaturals are forced to constantly work at convincing it that they’re real enough and honest enough to be accepted into its fold: that they were “born this way”, that they have an authentic, immutable origin of identity (a gene, a brain structure, a hormone) and a doctor’s note to prove it. All this is demanded of them in order to validate their very existence, and still they are regarded with brutal suspicion.

When it comes to feminine beauty, the stakes are not quite so high, but similar assumptions are woven tightly into the disparagement of fakery.

Instead of demonising fakery, we should embrace a proliferation of artifice, in a style that refuses to acknowledge the existence of any such thing as ‘natural’

Dictionary definitions of the word ‘cosmetic’ are twofold: the term signifies beauty and adornment, but also superficiality and deception. Our cultural discourse on femininity, one may note, is pervaded by the very same pair of ideas. In reality, the trend towards ‘natural’ makeup and dress – fashion that flatters, that covers, that airbrushes away the unseemly bits of our bodies – is perhaps more insidiously oppressive than the garish tastes of the Snog, Marry, Avoid targets.

This is certainly not to suggest that the industries of glitter and hair-dye are free from problems of consumerist pressure, insecurity and marginalisation. But the most striking aspect of the show’s subjects is their brash self-confidence. Each professes a deep attachment to the accoutrements of her ‘fakery’ and a reluctance to give them up.

On the whole, these do not seem like people who spend hours agonising over which dress will most effectively mask their bellies or whether their foundation is a convincingly even shade; they revel in their own fakery, thoroughly enjoy embellishing and exaggerating the image of themselves that they are sold.

The women are loud, hyper-real versions of the femininity to which we are all supposed to aspire, and the disdain with which our culture drenches them is a telling indictment of its own narratives. 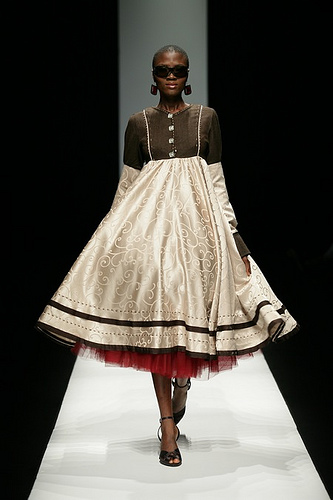 What we have is not a war against fakery, it is a war against that which displays itself as fakery; we’re all supposed to be pretending that we’re naturally wide-eyed and soft-skinned and blushing and blemish-free. Women are expected to be photorealist portraits of femininity, not expressionist canvasses; lies are tolerated only in so far as they are told convincingly. But when we start being too overt about the fabricated status of natural femininity, there’s a lurking danger that we might start to question their absurdity, or realise that we can invent altogether new images in radical moulds.

Perhaps, then, instead of demonising fakery, we should embrace a proliferation of artifice, in a style that refuses to acknowledge the existence of any such thing as ‘natural’.

Fashion and cosmetics can often seem close bedfellows of consumerism and marginalisation, but nonetheless, fashion as an aesthetic field provides a uniquely frank view of the fact that beauty has a history, that self-expression is not spontaneous but culturally determined.

Traditionalist aesthetics always deals in oppressive universals. In fashion, nothing is intransigent, no beauty is transcendental, everything has a material existence and a social position: this month’s hideous mistake can be next month’s bold statement. Style and beauty are produced, discarded and reinvented with startling rapidity and, in such a climate, the very notion of the natural can be seen for what it really is: just another aesthetic category, its signs every bit as carefully fabricated as the most flamboyant artifice.

It is this aspect of fashion and cosmetics, perhaps, that can put them in the service of transformative ideals. A radical aesthetic of the body would not coerce us to ‘flatter’ and flatten ourselves into a tasteful range of shapes and styles; it can provide, instead, a space to adorn them, to perform them and invent them and challenge what they signify.

Shona McCombes is an English literature student, a critical theory enthusiast and a chronic procrastinator. She enjoys interpretations more than facts and polemic more than apology. She would rather be a cyborg than a goddess