You can be anti-porn and pro-sex

Pornography seems to have become an every increasing part of my life. Advertising, porn-spambots, the overwhelming barrage of sex-encounter venues that seem to flood my neighbourhood, the commodification of body parts and sexual imagery in all walks of life seems to be at an all-time high. I feel sick, not just physically, but emotionally and culturally sick.

Declare yourself to be anti-porn, however, and prepare to be compared to Mary Whitehouse. The assumption is that campaigners against sexual exploitation want to (using the word intentionally) hysterically ban everything. But the truth is far from this:

I am the anti-porn flavour of feminist, yes, however that is a misnomer. The term I adopt is anti-porn/pro-sex. Anti-porn means, to many, a sexually repressed Millie Tant in dungarees and Doc Martens who jealously hates the idea of anyone getting their rocks off. It’s a useful image to derail anti-porn/pro-sex arguments, but none of it is actually true. (OK, I wear vegan DMs, rumbled.)

I love sex, it’s one of the most fun things you can do that is free. I was raised to be comfortable about my own body and never really found a difference in attraction between men or women, I just fancy certain people. I guess many would label that bisexual, I prefer to think of it as simply having desires and the equipment matters not. Expressions of sex and sexuality are a gift that keeps on giving, all your adult life.

Where I grew up, this was a redeeming feature, as everything was geared around tourism, not local young people. Sex is never anything to be ashamed of and, as long as no-one is exploited, it can never be wrong, dirty or bad. Alone or with the consenting adults of your choice, good sex can boost your endorphins, help you keep fit, boost self esteem, bond you to your lover and some of you might even want to make babies. Sex can be for love, procreation, or to pass the time of day like any other hobby, it’s all good. Sex is awesome, more decent sex for everyone!

Myth: You are a rubbish anarchist; you want censorship, you Nazi.

Censorship is the process of obliterating voices. That can never be a good thing, no matter how much anyone might dislike a voice, and every voice should be heard. The very concept of censorship is revolting to me as I believe in self-autonomy.

George Fox, one of the founders of Quakerism, suggests in his diaries: “Be Patterns”. By this he meant that we each have to live our lives as walking, talking examples of what we believe to be right and good. Everything else is just fluff. We must be honest in our actions and deeds with one another.

Let’s not censor anything, but rather let’s be granted a much kinder, gentler right. I’d like the right to avoid exposure to triggering abusive and grotesque material should anyone wish to. So to allow my right to not see pornography on my journey to work, so the four lap-dancing clubs I pass need to stop dropping leaflets all over the pavement outside, as a simple starter for 10. The Lynx advert for Hop On, Hop Off at my bus stop would be gone, and not to mention the kid sharing his Sun Page Three iPhone app with his mate in front of me on the bus. Seriously, why should I have to see this grot? Give me the right to not have to endure this onslaught of degradation, please.

Myth: But I am a consenting adult, why can’t I have adult movies? 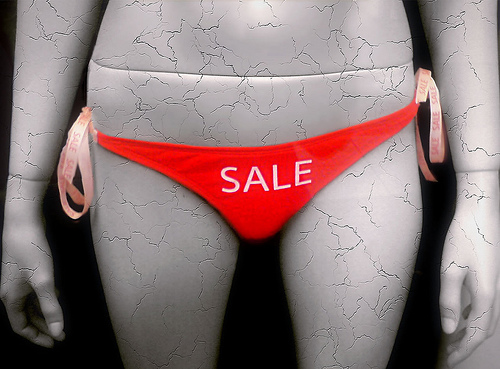 The movie did not really shape my sexual thoughts as a teen (and I was already sexually active and very comfortable being so), but it did make me look down on the women involved. So it did do its job in making me think less of women in under 20 minutes. I now look back with self-reproach and am glad I now know a little better than to slut-shame or belittle women who might be victims/survivors. 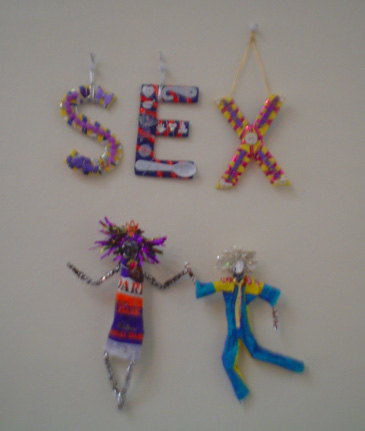 “I love sex, but I want good sex with someone who actually loves sex too, not some porno-addicted misogynist terminal masturbator with zero imagination who doesn’t know how to please me or anyone else for that matter.”

Not sure if I can get that onto a t-shirt but I will try.

Lisa Saunders is not a blogger, gender theorist academic or journalist, as she is sure this article will show. However, she volunteers on the Leeds Reclaim the Night planning committee and is a member of Leeds Feminist Network. She consider herself a feminist, an anarcho-pacifist and a practising Quaker. She tweet as @bolli_bolshevik and this article is purely her personal opinion and not representative of any organisation she works or volunteers for