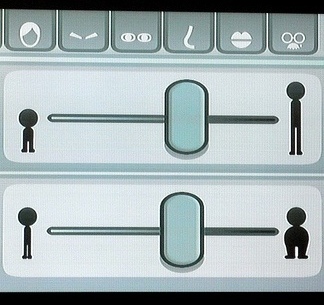 One Size Fits All?

We all know that magazine and billboard models are heavily edited and airbrushed. Birthmarks, scars and other imperfections are deleted while legs are elongated, pounds are removed and teeth are whitened, to name only a few changes. Now the clothing conglomerate H&M are taking things a tad bit further.

In one of their recent ad campaigns a computer created body was used to showcase underwear, while the models’ heads were mounted onto this body and the skin colour of the virtual body was changed. The body was apparently that of one of their mannequins; photographed and then made to look human. After that the models heads were cut into the picture and the skin colour was altered to fit the model. H&M did not reveal this fact until it was exposed that the same body was used on all the models.

The body displayed in this ad campaign is of course a thin, highly athletic and firm body that still has curves and large breasts. What H&M are doing is promoting an ideal body that is very different from most women’s bodies. The ideals of the virtual body are not only difficult to live up to but are impossible to reach since this body does not exist in real life.

Now regular models’ bodies, according to the fashion industries ideals, are deemed so imperfect that they are becoming useless, while computer created bodies are replacing what is often considered the already perfect body. Therefore, not even the bodies of women who are considered extremely beautiful are now good enough for commercial use.

Not only do we take issue with the fact that the women’s bodies in the H&M ad are not real but instead technologically created, we are also disturbed by the fact that women’s bodies are never good enough and that H&M are promoting a one size fits all body, removing all varieties of body shapes.

Instead H&M are telling women that you will never look good enough and that the clothes women might buy are not made for them and not made to fit them. H&M are therefore promoting an idealized and distorted body image to women all over the world. When are women’s bodies ever good enough?