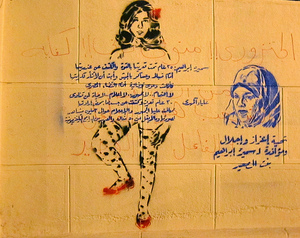 Anonymous personal recollections of sexism in the media

Anonymous personal recollections of sexism in the media; a comment on Kira Cochrane’s Guardian article on the lack of women in public life and the media.

Kira Cochrane’s article on the lack of women in public life and the media this week made for alarming reading, particularly if you share the Guardian’s seemingly rational worldview that 50 per cent of the population – otherwise known as women – should be equally represented in all walks of life.

But having made some way for myself over the past five years, I can assure you that Kira’s statistical shock-story barely uncovers the snake-strewn path too many female media professionals must traverse. The surface lack of representation is underscored by a more sinister structural sexism which censors, intimidates and demoralises women in Medialand.

I can only speak for journalism, but during my precarious five-year stint as a hack, I have been told that I should ‘wear more blusher’, ‘go blonder’, pretend when answering the phone to be the male editor’s PA (rather than the sub-editor I then was), not ‘overreact’ to jokes about rape in copy, and not mention that I had a girlfriend, rather than a boyfriend at lunch with male associates as it would be distracting (although my editor ‘did enjoy’ thinking about us together, he reassured me). The position I hold now, usually held by someone five to ten years my senior, makes me ashamed to admit that it may have been acquired as much out of tokenism and chauvinistic malintent as it was out of recognition of my experience and ability. Since embarking on my career, I have endured two unsolicited, undesired ’embraces’ from national editors, one of whom made a terrifying proclamation of obsessive love after a week or two; specious ‘collaborative’ propositions from freelancers who it soon turned out were only offering to help me up the greasy pole in return for sexual favours; and commissions retracted as punishment for spurned advances. What’s more, I know that I am not the only female journalist in this position, if only on the basis of the countless young women I meet that have been similarly sexually harassed, often by the same unscrupulous individuals. I take little comfort in now being able to send my female interns away with a reference in one hand and a crib ­­­sheet of those men they’d do well to stay away from in the other.

In a recent role, the (male) editor scolded me for lifting heavy reference books off shelves; for swearing, and for drinking vodka and diet coke rather than wine at media events held in pubs, all solely on the basis that this was not what women do. Then I was instructed to ‘brighten’ contributor pages with pictures of young female writers, creating the illusion of a 50:50 ratio of men and women when the real proportion was 90:10. When, during editing, I pointed out atrociously sexist (and libelous) references to senior female statespeople as ‘soiled goods’, for example, I was laughed at for being ‘too politically correct’ before literally being told to ‘go away’ by the crowing, senior male staff. I have been trotted out to play hostess at intimate publication lunches for contributors (mostly male, apart from the odd beautiful 20-something female) whose copy I rework, but not allowed to sit and eat with them. And most recently, despite a first-class literature degree, and other nationally published pieces across three unrelated fields, I was told that I would really need to start listening to the Today programme on a morning (as if I don’t already!), as I needed to broaden my knowledge beyond ‘sexual politics’ – otherwise known as the rape conviction rate debate, equal pay and other such ‘women’s’ issues.

It’s the double bind of feminism that having to tackle sexism often detracts from the work you were meant to be doing when you encountered it. In journalism, you may have entered with a specialism in science writing, law, transport policy, natural history or pension reform, but sooner or later you find yourself writing about sexism, and lo and behold, you’re just another of those angry ‘wimmin’s’ writers that doesn’t have any real knowledge anyway.

In the low moment, I have often asked myself if I invite the sexism I receive. I enjoy dressing up; I am outgoing, socially flirtatious even (I think it was once called ‘charming’), just as anyone in the media must be to make it. But even if I had invited it, even if I’d laid myself naked on the Ed’s desk after lunch one day in exchange for a promotion, a responsible and ethical editor would never ‘reward’ a junior colleague’s sexual advances with promotion and patronage – would they?

That’s the trouble with the media though, unregulated and often unaccountable as it is. Just as unpaid interns fear calling out exploitative employers in case they find themselves backlisted before they have barely begun, so too do women fear calling out the culture of male patronage and lingering sexism. I may loathe myself for spending my daily commute applying make-up rather than briefing myself on the morning’s news. But I loathe more the fact it is still, for now, the most effective prep I can do for a successful career in the media, because, as Kira has shown, even when you do know more about the Egyptian elections than the latest love triangle in Eastenders, you probably won’t be asked to share that knowledge anyway.

The photo above is a graffiti comparing Samira Ibrahim and Alyiaa El Mahdy. Samira Ibrahim, who is fighting SCAF in a law suit against Army conducting virginty checks on female protesters in the Egyptian musem in March. (Right) Alyiaa El Mahdy, who posted a nude picture of herself on her blog as a form of freedom of expression challenging cultural norms. (Left)

This Graffiti is comparing the media attention Alyia has received for her nude picture and the message she is trying to get out with Samira Ibrahim’s lawsuit case against SCAF for the virginity checks conducted on female protesters in the Egyptian Museum by the army last March. It is obvious that the public is in much support of Samira, but the media is frenzy with the controversial nude picture as a story for “women struggle for freedom of expression.” Used under the creative commons license credited to Gigi Ibrahim.