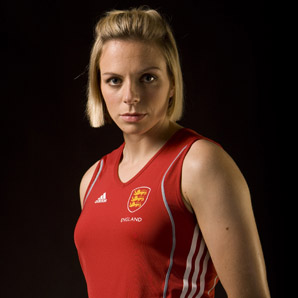 Sportswomen of the Year 2011: Hockey Nation

A guest blog from Kate Walsh, captain of the GB and England hockey team with her eyes set on gold at next year’s Olympics. Kate has captained England since 2003 and they currently stand at fourth place in the world rankings.

We have just returned home from a five test series v USA in San Diego and I’m pleased to say we had a great string of results and performed really well to win the series 5-0. It gives us a great boost going into a short hockey break at Christmas as the countdown to London 2012 really begins. Our head coach Danny Kerry was very happy with the test series so it’s all going in the right direction.

The sport has moved on so much in the last few years and I guess the turning point was 2004 when our GB Women’s team failed to qualify for the Olympic Games in Athens. British hockey made a huge commitment to training and playing together more often as a team. The players chose to relocate to Bisham Abbey, where we now train full-time.

Both the men’s and women’s teams have leapt up the world rankings in the last couple of years. We are currently fourth in the world and showed our promise when England took bronze, beating Germany at the World Cup in Argentina last year. This was the first time that the England women’s team had ever medalled in a World Cup tournament so to finally get on the podium was a moment I will never forget. But it just leaves us wanting more!

We set our team vision of Olympic Gold in 2009 and in the lead-up to London we’ve made sure we’ve been pushing for semi-final places and knocking on the door of the podium. Once we make the final we really do believe we can win. We train together over 20 hours a week which includes five pitch sessions and hours in the gym to develop our strength and conditioning, for those last few minutes of a game when it really counts.

Our national governing body, the England Hockey Board (EHB), has been working hard behind the scenes for a number of years to prepare hockey to take advantage of the increased profile that London 2012 will give our sport. All the plans come under the Hockey Nation banner with an exciting roll-out of a programme of events and activities to inspire the nation, it’s our best chance to win Olympic medals since Barcelona 1992 and doesn’t get bigger than this!

I am proud to be an ambassador for Back to Hockey launched by the EHB, which is all about getting women back into the sport and enjoying the game through informal sessions and coaching, without the expectation to commit to membership and club matches. The programme aims to attract over 15,000 women back to our sport and there are some great stories already. To find out where your nearest Back to Hockey session is taking place, or learn more about the sport, visit www.englandhockey.co.uk/backtohockey.

Our next stop en route to East London is the Champions Trophy in January, with the top eight teams in the world where we compete as GB this time rather than England. It will be a great test of our form just months away from the Olympic Games.

Get behind our hockey nation!