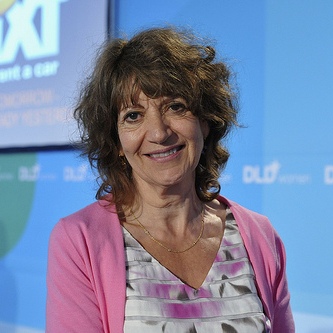 Listening to Susie Orbach addressing the idea that overwhelmingly rapid change and choice are the demons of late capitalism, I’m reminded of the moment when – aged 17 – I knew I wanted to grow up to be a pole dancer in Vegas. There was nothing sexual involved in my sudden ambition, but when I saw Britney hypnotically moving to What You See (is what you get) around a glittery pole, I admired everything about her in that moment. The lyric, ‘I can be anything you dream of, but I gotta feel free’, had me sold on the notion that I too could experience the freedom of my own glittery pole-centred renaissance, and how freeing that would be to be appealing like that. But the thing about Britney circa 2000/2001 was that the lyric was absolutely correct – she showed us that she was everything we dreamed of, and all in one perfectly timed dance move. She was portrayed as simultaneously virginal, hugely sexual, religious, carefree, caring, bespectacled and made up. Then later in her career, she was zen, maternal and shaved-headed punkin’ in a very public meltdown.

Orbach, as part of the BBC Radio 3 Free Thinking Festival, corners the idea of how rampant consumerism, choice and change actually restricts us, stresses us out and puts unreasonable expectations on us to be in a state of almost weekly renaissance. “To accommodate this (rate of change) we can now all have multiple personalities. Like the pop videos that have their stars performing as sex kittens, bosses, mamas, chatelaines, motorbike enthusiasts, acrobats…we too can consume the vast range of goods…”

The lecture brings me from my pole-dancing aspiration of the early noughties, to the very recent X Factor victory for a girl-band Little Mix where it seems particularly pertinent that, to quote Orbach, that “changing outfits has been democratised…(and) nourishes the engine of late capitalism”, since aspiration reality shows like X Factor epitomise late capitalism and the horrors of the false agency it promises.

During their short time in the spotlight, Little Mix have had their own multiple renaissances. Greasy denimed garage workers, tuxedoed ‘waiters’, net-underskirted pastel ‘waitresses’, indie chicks, dolls, superheroes, glamourpusses, they’ve done it all in a matter of weeks.

You could argue that it’s merely theatrical costume dressing. But go into any high street retailer of young women’s clothing, and the experience becomes more than finding something fun to put on; it has become a choice about who we feel like emulating in that moment. And we more than encouraged, even told, to be all of them at the same time. In Orbach’s words, “we can now all have multiple personalities”.

The most resonant point of Orbach’s lecture, for a feminist, is the sad truth that those for whom money is most likely to be an issue -those on a low income- are the most ruthlessly targeted by the aggressive consumerism that tells us to spend money to change ourselves so frequently: “Class has been replaced by aspiration…if you can look the part, you can be the part.” And young women are, of course, the most viciously attacked consumers on the market. This is the message sold to X Factor viewers, whole families told to consume, to change, to aspire and to be what they want to be. And then drip fed the directive on what they want to be.

Young women with money, or credit, are guided to feel empowered, but this false agency of capital is violating them everywhere they look, draining any true agency or freedom of choice they have. They’re told to try to be everything, at the expense of their cultural stamp being nothing.

As Orbach suggests, Cinderella is not a story about change, it’s a rescue story. And who thinks that was a healthy and empowering way to be rescued from the burden of social class?

Picture of Susie Orbach at the Digital Life Design women conference in Munich (in front of a light blue background) by Hubert Burda Media, shared under a creative commons licence.