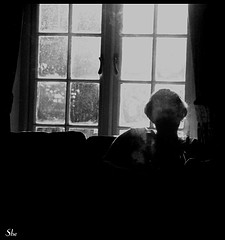 I shall be blogging about women and mental health this month. I’d like to start with a vague introduction to the subject. When I was first diagnosed with depression about 6 years ago I didn’t really think of it in a feminist context, but the more I read on feminism and the more I see sexism embedded in our society the more I can correlate the two. Whilst the patriarchy may not be the cause of mental health problems in women I believe that we cannot ignore the psychological effects of living in a sexist society has on women’s self esteem and general sense of well being. For example:

What I find especially interesting, and what I hope to explore in my time as guest blogger, is the way in which men and women tend to suffer from mental health issues in different ways; ways that often reflect our society’s gender roles and biases and how these biases can affect the diagnosis and treatment of those who do not easily fit into these boxes. The WHO states “Overall rates of psychiatric disorder are almost identical for men and women but striking gender differences are found in the patterns of mental illness.” for example Women are more likely than men to be diagnosed with depression even when they have similar scores on standardised measures of depression or present with identical symptoms (http://www.who.int/mental_health/prevention/genderwomen/en/). It seems the stereotypes of emotional women and reticent men bottling it all up are often played out in our mental health with these biases and assumptions leading to problems in diagnosis and treatment, often with shocking results. Whilst women make up the majority of depression sufferers, or at least those receiving treatment, men account for 75% of suicides. Many put this down to men’s reluctance to seek help and to open up about their emotions in addition to being less likely to receive a diagnosis and treatment. In addition women are more likely to have caring responsibilities and are often socialised to put the welfare of others first.

Whatever the reasons, and I suspect they are myriad and complex on many levels, these statistics illustrate that when it comes to mental health gender is an issue, and that all of us women and men, can benefit by addressing the role gender plays in our society.