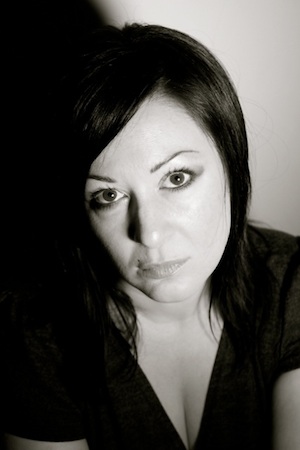 Challenging rape myths in the mainstream

So starts the fifth episode in the third series of Law and Order: UK. It’s called ‘Line Up’ and is written by lead writer and co-producer of the show, Emilia di Girolamo (pictured, left). A survivor of group rape herself, di Girolamo wanted to bring the complex issues of victim blaming, gang rape and coercion to an ITV audience, challenging them to ask questions about their own pre-conceptions around violence against women and girls.

“I wanted to write about this because it was something that happened to me when I was a teenager,” di Girolamo explains to me. “I was group raped when I was 14, and I just find it incredibly shocking that this is still happening now, all these years on and with such frequency. And I’ve been shocked most of all by those recent cases where judges and newspapers have seemed to conspire together to suggest that girls of 12, 13, 14 are responsible for being raped.”

The case di Girolamo is referring to was reported in March and July in The Daily Mail, and was given as an example in a statement about sexism and victim blaming in the media made to the Leveson Inquiry.

One of di Girolamo’s motivations for writing ‘Line Up’, she says, was the concern that little has changed for teen girls since her own rape in 1985. “I think at the time when it happened to me I certainly felt if I told anybody, I wouldn’t be believed, and more than anything that I would have been held responsible for what had happened to me,” di Girolamo says thoughtfully. “There was certainly a feeling that a 13, 14-year-old girl was perfectly capable of consenting and of ‘enticing’ adult men to rape her, and it wouldn’t be seen as rape. It wouldn’t be seen as rape at all. And I would have hoped that that would have changed by 2012 but I really don’t think it has.”

The challenge di Girolamo faced was how to tell this story to an audience that may not be informed on the issues around rape myths, victim blaming and the sheer prevalence of violence against women and girls

The story di Girolamo tells in ‘Line Up’ involves a young girl being group raped. She reports the rape and has the courage and support to go to court, but her credibility is pulled to shreds and she is accused of consenting and then ‘crying rape’ when her parents found out.

Meanwhile, the judge has a reputation for only taking stranger rape with additional physical violence seriously. This narrative – and the issues it raises – is likely to be familiar to feminists. In fact, the part of the story that might not be familiar is that the case goes to court at all – over two thirds of reported rapes are dropped before they reach court. 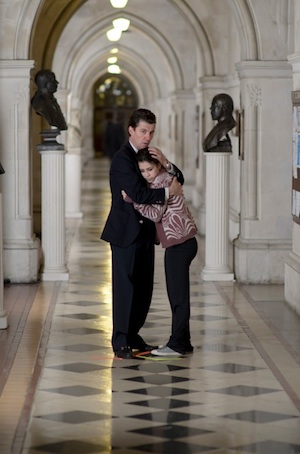 “I think an episode like ‘Line Up’ in a hugely popular ITV show like Law and Order: UK gives us a real chance to take those issues to the right people, to parents and teachers, and to make them look at them in a slightly different way.

“I wanted to take this story of group rape to Daily Mail readers,” she explains. “To take it to people who probably believe the rape myths, who believe a 12-year-old girl can be responsible for being raped. So it was about writing something that challenged those myths and taking it to an audience where many of them would really be learning about this for the first time.”

The misconception still exists that a rape is only ‘serious’ or ‘violent’ if it is accompanied by actual bodily harm or grievous bodily harm, or where a woman is threatened with a weapon.

One of the key rape myths that di Girolamo explores in ‘Line Up’ is the idea that there is a ‘correct’ way for a woman or girl to behave when she is raped; that a woman should scream, shout no and fight back. When a woman freezes and doesn’t fight back, she is often accused of having consented. In the episode, Anna is castigated in the court room for not articulating “no”. But, di Girolamo explains, freezing is a perfectly normal and common response to rape.

This has huge implications on how we understand and how we talk about consent – that consent is not defined by the absence of a no. “Boys need to be taught that if a girl doesn’t say no it doesn’t necessarily mean she is saying yes,” di Girolamo insists. “It’s about making boys understand that consent isn’t just about waiting for a girl to say no or push him off.”

Consent is a key issue in going back to the starting point and preventing rape. Di Girolamo believes that if boys are taught about consent at an early age, then they will be less likely to rape – not least because they will recognise what rape is. 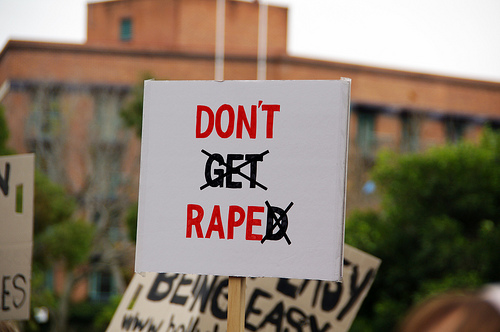 “There is an area that really interests me about whether a boy believes he is committing an act of rape or not. And going from my own experience and other cases I’ve studied, I believe that quite often there are boys who have committed an act of rape who don’t believe they have done so. They don’t fully understand what rape is,” di Girolamo says.

“And because they haven’t got a mask or a knife or are in a dark alley they don’t think that what they are doing is rape.”

This was something di Girolamo addressed when she confronted her rapists as an adult. “It was one of the things I really wanted to ask my attackers. In my mind I can’t see how they could have seen what they did as anything else. They were adult men, I was 14-years-old, it was arranged between them in advance, and this was something they had done before. But I think there was one of them that didn’t fully understand that it was rape. The other two knew exactly what they were doing.”

If the boys or men don’t believe that what they are doing is rape, it makes it even more difficult for the girl to define what has happened to her as rape. Equally as important as educating boys about consent is therefore the need to educate girls about their right to bodily autonomy.

‘Line Up’ takes place on a council estate in South London, a location where di Girolamo believes group rapes are increasingly common and increasingly accepted, both within gang culture and as a form of male bonding.

When a girl is group raped in this community, di Girolamo explains, “where everybody knows everybody and everyone goes to the same school; the girls who have been group raped are then talked about as a ‘slag’ or a ‘sket’. Myths develop around this girl and then the girl is very open to being raped or abused again.

“If you’re a 13, 14-year-old girl living on an estate in South London, as happens in ‘Line Up’, and you’ve been group raped by three boys and are being talked about on that estate, then everyone is going to think they own a piece of you. I think quite often the girls just continue to do it for a quiet life and they don’t realise they are being raped time and time again.”

Not being able to articulate their rape is in part due to how often girls are coerced into sex or sexual contact they don’t want to have – either by a man or boy, or through peer pressure. This creates a real blurring of boundaries, di Girolamo says, we all frequently have, “that kind of coercion into sex, that is really bordering on rape and in my opinion probably is rape”.

Research from the NSPCC and Bristol University states that young women are increasingly “subject to emotional pressure and manipulation to consent to sex and experience high levels of sexual violence”; and “that women’s experience and understanding of coercive sex means that the issue isn’t just about rape vs. consent, but others such as coercive sex, pressurised sex and fair game (surrender the right to consent).”

This rings true with di Girolamo’s experience of talking to young women. “A huge amount of teen girls are sexually assaulted by teenage boys and by men. And they often don’t even view it themselves as sexual assault or as rape – certainly that’s the case of teenage girls that I’ve met who have been in that situation. They think that’s what everybody does and that that’s OK.” 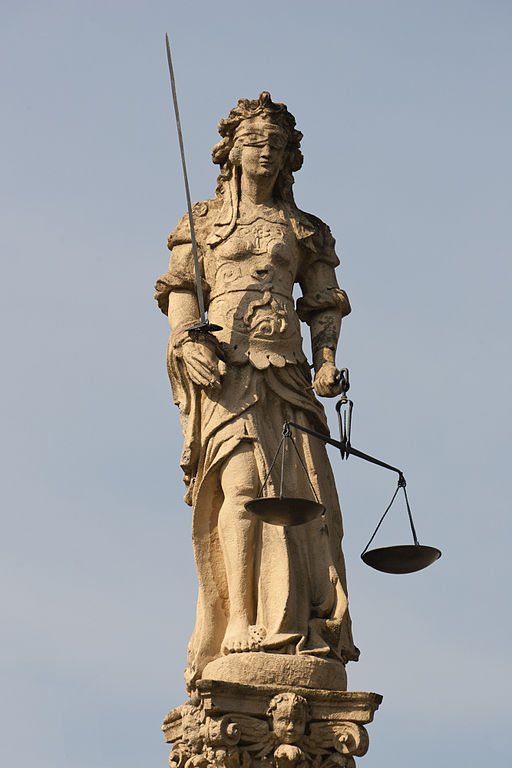 This lack of understanding of consent, the lack of voice given to teen girls, and a fear of how parents might react or what peers might say, increasingly leaves teenagers vulnerable to rape and sexual assault.

“Even what’s considered to be tame, standard pornography nowadays is just incredibly degrading. It’s out there for very young boys with an innocent curiosity about sex to discover.

If it makes one girl step forward or one parent re-evaluate how they discuss sex and consent with their son, I’ll be happy

“Isn’t it then inevitable he will think it is OK to treat women like that? A lot of these are group sex videos and so if you see that and you see the woman supposedly enjoying it, and you have no other experience of sex, then why wouldn’t you think that’s how sex is supposed to be and that’s what the girls at school, the girls in the park, want sexually?”

As the interview draws to a close, I say to di Girolamo that I hope we won’t be writing these stories in 50 years. A quarter century after she was group raped, we find we are still confronted with the same issues. It’s the same blame culture that influences low reporting rates, low conviction rates and a media that repeats and re-enforces rape myths. However, TV episodes like ‘Line Up’ can play a vital role in bringing these issues to a popular audience.

Di Girolamo hopes that Anna’s story will encourage young women watching to step forward and report their own rapes. “I believe that girls and women need to learn that rape isn’t just a stranger breaking into your house or a stranger in an alleyway.”

She adds, “The portrayal of the cops in the story is really important because I didn’t want to scare anyone off from reporting.

“But most of all I wanted ‘Line Up’ to be a really truthful portrayal of how a girl feels in that situation. If it makes one girl step forward or one parent re-evaluate how they discuss sex and consent with their son, I’ll be happy.”

‘Line Up’ will be screened on ITV1 at 9pm on Friday 3 February.

If you have been affected by these issues, you can click here to find your local rape crisis centre.

Please make a donation to Rape Crisis and support the victims and survivors of sexual violence.

First image of Emilia di Girolamo taken by Dom Chapman and used with consent. Third picture of a sign from a Slutwalk, reading “DON’T GET RAPED” with the “GET” and final “D” in black font and crossed out. Amended sign reads “DON’T RAPE.” This image uploaded by Flickr user cascade_of_rant. Final image is of a statue of justice from Cudrefin, Switzerland, obtained from Wikimedia Commons.

Sian Norris is a feminist writer and blogger. A feminist activist, she co-ordinates the Bristol Feminist Network. She also runs Crooked Rib Publishing and has recently published two books.