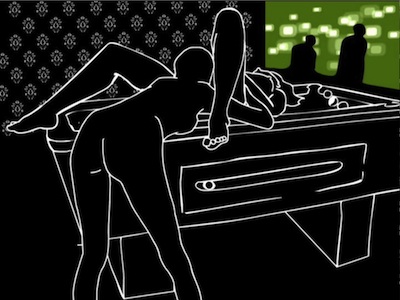 New feature: She gives me fever

Last month Lisa wrote for us from the anti-porn, pro-sex perspective:

Just please accept that not everyone wants to see it. It’s not dirty, it’s just rubbish.

We just posted an interview by Sophie Mayer with the director of a collection of short films, meant to be explicitly feminist, called Dirty Diaries which attempts to prove Sprinkle right and the genre isn’t intrinsically or exclusively made up of exploitative rubbish. The queer feminist film festival organisers Club des Femmes have organised a screening of Dirty Diaries tonight.

Mia Engberg, a film director and the curator of this programme of shorts, has this to say about her personal views on this fraught conundrum:

Image is a still from one of the shorts in the programme, Dildoman