All woman punk choir Gaggle are a diverse group who integrate openly feminist concepts into their performances. Their radical reworking of The Brilliant and the Dark at the Royal Albert Hall was sold out in September. Click here to read and comment on Hayley Foster da Silva‘s review of their all-too-brief follow-up performance at Hackney New Empowering Church on 15 December 2011 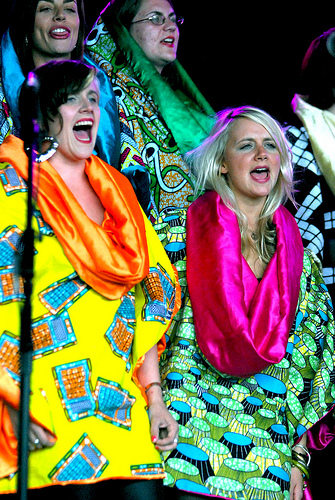 Some of you might remember the competition we ran last month, where two lucky readers were given free tickets to this gig and I posted a reminder of Gaggle’s first single “I Hear Flies” from way back in February 2010. I was first introduced to Gaggle by Helen G, who pointed me in the direction of that particular track and the foreboding “Hidden Army”. I was well and truly fascinated by this formidable looking bunch of cloaked women, with their cynical feminist lyrics (“I smell roses but I hear flies”), doom-laden marching drums and swarming dubstep beats. Since then, I’ve only heard the occasional live performance clip on YouTube. Some of the recordings of these are pretty ropey but they give a tantalising taste of what’s to come on Gaggle’s eagerly anticipated album on Transgressive. Word is that this is due out early this year. Hayley will following up on her report on the gig by checking out the album so watch this space for her review! 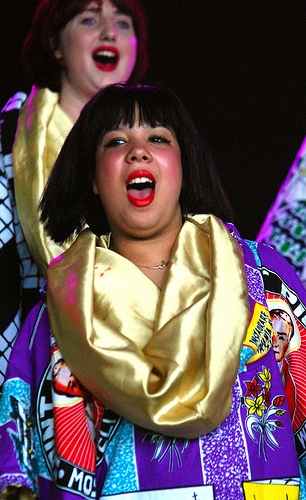 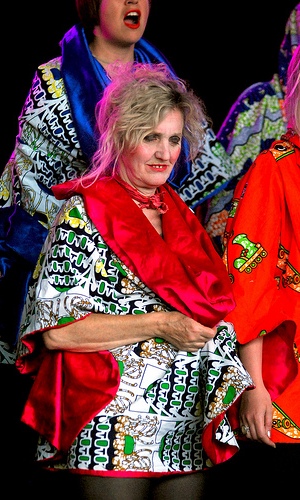 Gaggle covering “Mowgli’s Road” (originally by Marina and the Diamonds)

Pictures of Gaggle in brightly coloured hooded capes (during an earlier performance) by Nathan Dainty, shared under a creative commons licence