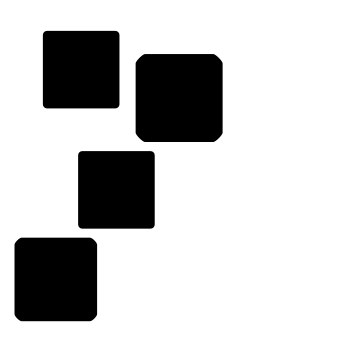 One in four: and I am one of them

Behind the statistics. This guest post is by Lizzy Owen

One in four women have experienced rape or attempted rape. At least 47,000 women are raped in the UK each year.

I am one of them. So are many women in my social circle, I just don’t know about it because it’s a subject that remains shameful and taboo.

When it happened to me it was a friend of friend. I’ve never told her, but I am about to tell the entire world here. Until we all start to talk about what happens every day to thousands of women we will never be able to smash the culture of abuse that allows it to happen.

I never reported what happened to me because I thought no-one would believe me. Because a part of me thought it was my fault and that I deserved it. Because I was ashamed.

I’d met him before, he was a good friend of my best mate and so when he was in London for an interview it seemed perfectly natural we should meet up. He met me after I finished work for a drink. We went to see a late film and got the last tube back. As it was late, it seemed a good option for him to see me home. Safer to share the journey with a friend, I thought, seeing as it was a fair walk from the station to my flat in a dodgy part of town. There was a sofabed he could kip on. Why wouldn’t I ask him to stay?

Some of what happened later is as clear to me as my own name. The rest is a gaping black hole in my memory as if it’s been wiped in a video editing suite. I remember setting up the sofabed for him. I remember that I was wearing my cream silk pyjamas. (I can’t to this day wear silk as result of what happened next). I remember him asking me if I would like a shoulder massage and I remember lying face down on the bed with my top undone so he could do so. I remember consenting to all of that.

I don’t remember how I ended up face up with him on top of me or how my pajama trousers came to be on the floor. I do remember that I didn’t consent to that happening. I do remember his hands feeling really heavy on my skin and him pinning me down quite hard. I remember crying and asking him to stop. I genuinely don’t remember what happened after that. I don’t know he raped me or if he stopped. I know I allowed him to stay the night and that I slept in my own bed. I may have even made him breakfast.

I remember not wanting to tell anyone about it. Until now I’ve only told this full story to two people. I certainly didn’t tell our mutual friend. I thought she would blame me. I wasn’t worried he would hurt her, she was a nice girl. I wasn’t. I had a reputation. I’d invited him into my home. I had said yes to the massage. Somehow despite being a feminist and knowing what he had done was wrong I still blamed myself and was so ashamed that I couldn’t share this secret with anyone. Especially not the police. And definitely not my family.

So that’s my story. I am one of hundreds of thousands of women in Britain who will have experienced something similar in the 15 years since.

One in four. To any man brave enough to read this, that could be your mother, your wife or girlfriend, your sister, your daughter. You know a lot more than four women. You know a lot of women who have been raped or assaulted, you just don’t know you do. What frightens me is that we must all know a lot of rapists too. Isn’t it time we started a conversation about that?