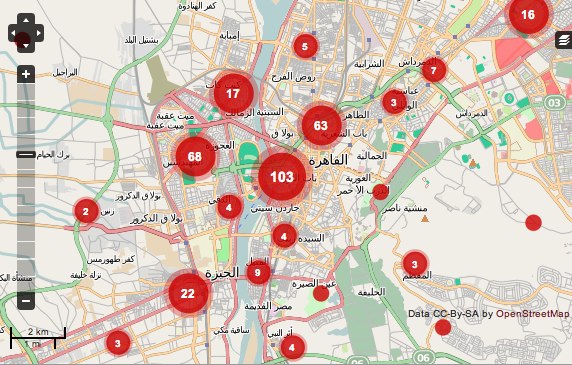 Take back the tech

My friend was once walking down a street in Cairo when a stranger in a nearby bus stuck his head out and shouted: “You’re a pretty girl but take your glasses off!” If that doesn’t provoke a ‘who-the-hell-are-you?!’ reaction I don’t know what does!

Most women who have lived in Cairo will be used to scenes of men hanging about on the streets (sometimes for no apparent reason). And unfortunately, a culture of attempted chat-up lines, catcalls and leers tends to go with it. Although incidents such as my friend’s experience are harmless, not everyone is so fortunate. It is a thin line that separates innocuous interjection from turning into offensive behaviour.

The Egyptian Center for Women’s Rights in Cairo called harassment in Egypt a “dangerous social cancer” in a survey in 2008. The survey’s results report that 83% of Egyptian women and 98% of foreign women experience sexually harassment throughout Egypt. The recent cases of sexual assault of journalists such as Egyptian-American journalist Mona Eltahawy have renewed security of the pressing need of increased public safety for women in Egypt.

“Harassment in the ’60s was not like it is now – not out of control. What people used to do is chase those who did it and shave their heads out of shame” – Rebecca Chiao, cofounder of Harassmap

In order to combat incidents of sexual harassment, initiatives across the globe are gaining momentum through using phone technology. One such Egyptian project is called Harassmap. Launched in December 2010, the organisation encourages women to report and document incidents of harassment via its website, Twitter and a newly launched text message short code.

The technology empowers women to share experiences and raise awareness through pro-active reporting, rather than being resigned to a legal system which does little to help them. This reporting tool allows Egyptian women to report any form of abuse anonymously and in real time. The sender in response receives a message that reads: “Thank you for reporting harassment. If you would like to receive legal or psychological assistance or other services, please contact the NGO Task Force on Sexual Harassment at 33464901.”

Assistance ranges from counselling services to how to make a police report. The results of the reporting are then reflected on an online map which shows the areas in Egypt which have received the most complaints.

I spoke to Rebecca Chiao, co-founder and director of Harassmap, who explained why she helped spearhead such a campaign. Although having previously focused on advocacy, she believes the solution is not just legal – but must also directly engage in shifting certain cultural perspectives.

“Harassment in the ’60s was not like it is now – not out of control. What people used to do is chase those who did it and shave their heads out of shame. Society stood up and said it’s not going to be tolerated.”

Even today, if someone has a shaved head, Egyptians will joke that they have been harassing a woman. However, the social stigma that was once there is no longer present. She argues that contemporary Egyptian society has allowed harassment to fester. “A lot of people think it’s a joke, or even cool to do it. We believe this is why it continues.”

Harassmap has received requests for help from women’s groups in Pakistan, Palestine, Indonesia, Turkey and the US

Interestingly, in the first days of the revolution, she claims that harassment almost disappeared. As people felt a stake in their country, they behaved in a way they wanted Egypt to look like. Communities organised themselves with neighbourhood safety groups, protecting their streets and donning a revived attitude of respect for others. This encouraged Harassmap to continue to target the attitudes of local communities. With over 500 volunteers across the country, Harassmap takes a pro-active approach on the streets. Volunteers speak to people as neighbours and remind men of traditional Egyptian values of safety, dignity and pride in the streets. They believe education which reminds people of their culture and history is effective and indeed, most people they have approached have been receptive to discussion and change.

Common misconceptions are addressed – for example, through statistics showing that harassment doesn’t correlate to the way a woman is dressed. In fact, a friend recently told me about an Egyptian lady she knows who used to wear mini-skirts – and wasn’t harassed once. Her personal journey then led her to wearing niqab (the full face veil) and she has experienced many incidents of harassment since.

Since wielding its weapons of phones and social media, Harassmap has received requests from Pakistan, Palestine, Indonesia, Turkey and the US, from women’s groups who want to use the app in their own countries. They are currently working with their tech partners to make the programme easily downloadable.

Such initiatives go far beyond one group working for women’s rights. And the creativity is flourishing.

Just before Christmas, on 21 December, an innovative phone app was launched in New Delhi, India. The Fight Back app is designed to act as an SOS-alert device, with just a push of a button informing up to five people of an emergency through a text message containing a GPS location.

Not only can family and friends find out directly – but an SMS can be automatically sent to the police and posts are also put up on the victim’s Facebook and Twitter. The Fight Back app will be available to download from the Whypoll website for a nominal fee and is also mapping a database of where such crimes are occurring. The initiative proclaims India’s first mobile phone SOS app means “you are never going to be alone in trouble”. 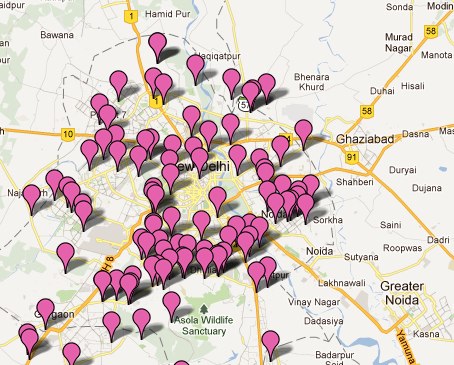 Such initiatives are desperately needed in a city where, according to the National Crime Records Bureau, there is one rape every 18 hours, accounting for one-quarter of the rapes in the whole of India. The figures are staggering and alarming.

As Mumbai has earned its reputation as the financial capital of India and Kolkata as the cultural capital, Delhi is the city notoriously coined as the Rape Capital of the world’s second most populated country.

“Who will stop them?” asked The Hindustan Times in February last year, as it reported Delhi had seen 25 cases of rape (including several brutal gang rapes) and 42 ‘molestations’ in that month alone. Gang rape in moving vehicles has become a popular mode of rape where women are dragged into passing cars and raped for two to three hours, while the car cruises on without any fear of being caught.

It should also be noted that the reported figures of sexual harassment will not reflect the true number of cases on the ground. The social stigma surrounding rape, fear of not being believed and lack of faith in the justice system all contribute to women not stepping forward and reporting sexual abuse.

Even the Delhi commissioner of police, B K Gupta, admitted that not all cases of rape get reported. According to some estimates only one in 69 rape cases in India are reported, with only 20% of these cases resulting in conviction. With cases routinely taking years to be processed, it comes as no surprise that there is little deterrent for the perpetrators. 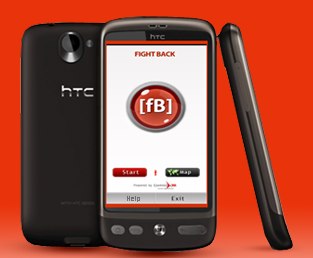 A combination of the justice system, failure of the police to effectively combat sexual harassment and culture which stigmatises talking about such issues have all contributed to the problem. Moreover, the nature of Delhi itself is likely to also play a part. The fragmented city has had almost no planning to its exponential population growth. According to Ranjana Kumari, director of Delhi’s Centre for Social Research, only 37% of the city was ever planned. “The rest is… slums, villages, with no proper lighting or development… There are many pockets of crime.”

The dismal situation in Delhi needs to be explored further but the fact that there is some level of reporting sexual crimes is important. Perhaps it indicates that there are in fact better and more confidential systems of reporting in Delhi compared to other cities where women are more likely to stay silent.

The problems of women’s harassment in cities such as Cairo and Delhi are a complex blend of structural and cultural challenges. However, hopefully technology-driven initiatives such as Harassmap and Fight Back will be important steps in recording and combating harassment towards women. If these small steps succeed in their countries of origin I am sure women’s groups across the globe will seek to follow suit in wielding such technology to help increase awareness and create safer societies.

Farah Jassat has recently graduated with a degree in history from Cambridge University. She has previously written for The Guardian