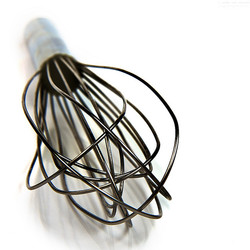 [The image is a close-up photograph of a kitchen whisk. It was taken by Jeff Golden and is used under a Creative Commons Licence]