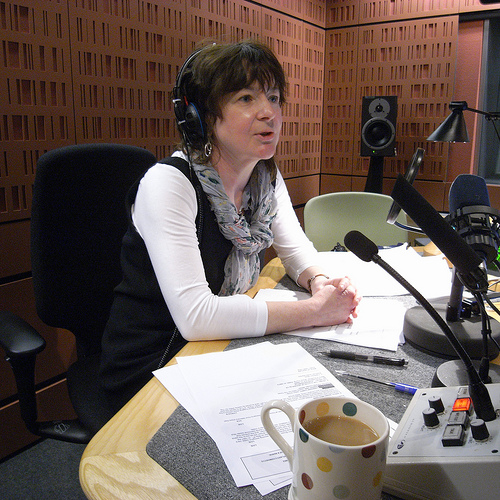 To suggest “any sexual act is a private matter” as the listener being quoted in the Daily Mail went on to do, is to confuse “private” with “commodifiable” in today’s hyper consumerist patriarchy. In the mainstream, female sexuality – independent of a male audience- is portrayed as a novelty, a freak show. At the extreme, it has even been seen as criminally deviant and “insane”.

Photo of Jane Garvey in the Studio by BBC Radio 4, shared under a creative commons licence.