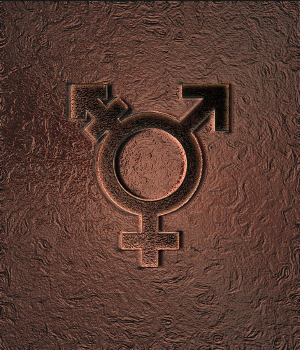 An experience of crossing the gender divide: personal comfort before real difference

A guest blog post from Jane Fae on a topic she wanted to cover during her guest blogging stint (back in September) but found hard to tackle until now.

This has been a difficult piece to write. Embarassingly so, for someone who regularly commits 5-6,000 words to paper in a day (well: I am a writer by trade!). Yet this felt too personal, too important to despatch lightly.

I am a woman “of trans history”. That’s a horrid, clumsy phrase, but better, in my view, than other circumlocutions. It’s a fact I hardly hide, though I am aware that a few – mostly those who don’t bother much with Google and are constantly surprised by life – might consider my failure to wear that fact openly a form of deception. I don’t think so. It’s there – not concealed – and for the rest, you can take my views on a range of issues as you find them.

But why? How? After writing a frequently frequented blog on my personal journey over the best part of two years, I find myself suddenly tongue-tied. Oh: there’ve been discoveries, from the joyful to the ouch (discovering for the first time that boobs make running up stairs not quite so straightforward).

There’s been a lot that I suspect reads very teenage, tinged with adult-tinted spectacles. For in transitioning, one is essentially triggering a second puberty, with all the joys and heartaches that brings. Lots of wow! moments, when things never considered from a male perspective suddenly click into focus. Much awareness, too, of how much more gendered society is than I ever realised.

Many insights: a fair few generalisations, some of which I now regard as crashingly wrong. An issue, I guess, if I prized consistency in any way: but I don’t. I learn, I change, I move on and I forgive myself my naiveté.

And that’s at the root of why this took so long to write. The further along the road I get, the fewer big things I have to say. Why did I need to transition? Because. Partly because this body was wrong. Mostly, to begin with, because my life was wrong: forced to associate with a tribe – men – whose language was incomprehensible and whose behaviour frequently revolted me.

There’s a change: for from alienation, whilst forced to live “as a man”, I now find reconciliation: a gradual realisation that they aren’t all bad. Just different.

I’ve never fancied guys. Not, that is, until recently, and thereby hangs another question. Is this real attraction or is it that, daily besieged by female friends reciting a litany of how cute this or that bloke is and how I’d “enjoy it really”, my orientation is swinging, slowly, under social pressure? Dunno. That’s still to explore.

The body thing shifted too. I love how I am NOW – but right up until the moment of no return, I had no idea how critical the physical would prove. Only the joy of waking post-op – and the constant joy of being who I am now, physically, tell the story. Apparently that’s not unusual.

There’s wistfulness – grief, – too. Because the best that I can hope for now is a shadow of how life might have been if someone had not pulled this awful trick on me at birth. Growing naturally, from girl to woman: all the things I never had.

Do I believe all this makes me a “real woman”? Ugh! I detest that phrase, wrapping, as it does, a universe of judgmentalism not just around trans, but around every woman who ever lived. I live a life defined mostly by female social mores. I’ve adjusted physically, which I believe helps in many ways, not least when it comes to acceptance.

I acknowledge the growth of the “transgender umbrella”, encompassing everyone from transsexual to cross-dresser and drag kings and queens. Sometimes it makes me uneasy. I’m very mild, very ordinary in how I dress and live: not altogether comfortable at being associated with folk that tell me, in all serious, that you can’t be a “real woman” unless you “wear six inch heels”!

How about differences? The essence of essentialism? In terms of lifestyle, day to day living, I’ve found plenty few seem really hard-wired to me.

Hormones: they make an enormous difference, from the clichéd “added emotionalism” to something that many trans folk, both male and female, recognise in an Alice in Wonderland mushroomy sort of way: one side, oestrogen “connects” you to people, society, the world; the other side, testosterone, seems to distance you.

Psychomatic? Maybe. But as effects go, it seems pretty universal.

Difference, too, I think, in day to day living, with guys less constantly aware of danger. So they often interpret violence and the threat of it differently: as random episodes to deal with whenever they occur, which foments individualism and, ultimately, less sense of the collective.

We’re done: a piece I feared I could never write is finished. It was much harder than it looks.

Picture shows a transgender symbol in a circle on a copper background, with the female coded cross at the bottom, the male coded arrow in the top right and a combination of the two in the top left. By PhotoComiX, shared under a creative commons licence.