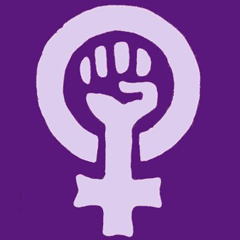 This is the Bristol Feminist Network’s statement on the closure of the Bristol branch of Hooters.

A victory for equality as Hooters closes its doors

Since its licence application in 2010, Bristol Feminist Network and Bristol Fawcett have campaigned against the opening of self-styled ‘breastaurant’ Hooters. Just over a year later, we are happy to report that it has closed its doors for good.

We believe that Hooters contributed to the normalisation of the sexual objectification of women on our high street. We have repeatedly argued and demonstrated that the impact of this objectification culture is very real and far-reaching. Research from the American Psychological Association on the treatment of women as objects shows that:

From its sexist and degrading imagery and language to its uniforms, signage and bikini contests, Hooters normalised a culture that values women as only and always sex objects. We argued that an establishment that seeks to make profit from sexism in this way had no place in a forward thinking and equal opportunity minded city like Bristol.

We are pleased to see that Bristol agreed with us. The fact that Hooters has now closed shows that its presence was not welcome in our city. Potential patrons of the restaurant voted with their feet.

We are of course sorry that its closure has resulted in women and men losing their jobs. However we hope that the premises are quickly filled, and new job opportunities created, by a company that doesn’t seek to treat women as sex objects. We look forward to celebrating the opening of a new harbourside restaurant soon, one that fits our vision for an equal and forward thinking Bristol.