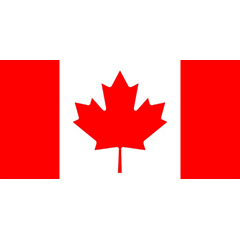 Last July, the Governor General of Canada made changes to the Aeronautics Act, (note: these changes were not subject to the Parliamentary process) which have the potential to adversely affect several groups of people.

The specific clause which is of concern states that:

Sec 5.2(1) An air carrier shall not transport a passenger if

(a) the passenger presents a piece of photo identification and does not resemble the photograph;

(b) the passenger does not appear to be the age indicated by the date of birth on the identification he or she presents;

(c) the passenger does not appear to be of the gender indicated on the identification he or she presents; or

There is an exemption for any passenger whose appearance has changed as a result of medical reasons (and they have a letter from a healthcare professional confirming this), but in principle, the ruling gives the authorities the option to bar people with a mismatch between their gender presentation and “the identification he or she presents” (presumably this is most likely to be their passport) from entering the country. So if you were assigned one gender at birth but your presentation is at odds with the stereotypical appearance often associated with that gender, then you may be prevented from flying into, and within, Canada. It’s fairly clear that this could have a significant impact on some TS/TG, intersex and other non-binary identified people.

The risk of being prevented from travelling because of a mismatch between one’s gender presentation and legal documentation isn’t a new thing and can be traced back, if I understand correctly, at least as far as the days after the 9/11 attacks when some male members of the bin Laden family were believed to have fled the US dressed in burqas. A longer-term outcome of this has been the steady introduction of body-scanning technology at all airports in the US and the UK wherein one’s anatomy is clearly visible on-screen to airline employees (note: not security officials). In passing, this article by Victoria Cohen in The Observer last October points out that these scanners are also being introduced at some UK railway stations.

However TS/TG, intersex and non-binary identified people are not the only vulnerable group here: Canada has also recently introduced legislation to prevent Muslim women from covering their faces while taking the oath of citizenship and I can’t help but wonder if these regulations could also be used against this group, too. The logic is that if a woman’s face is not visible, then it’s not possible for the Canadian authorities to assess if her appearance is congruent with her documents. I think that there is significant potential for Islamophobic discrimination and associated human rights breaches as a result.

Of course, many of the particular concerns of TS/TG, intersex and other non-binary identified people could, theoretically, be allayed by the removal of gender markers from passports, and by the delinking of one’s legal documentation to one’s gender presentation and medical/surgical status. As things stand, even if a TS/TG person has undergone surgical transition, there is no guarantee that they won’t be tripped up by the requirement; for example, last year, Egypt refused entry to two TS women who had undergone surgery because their documents and physical bodies differed.

It seems to me that the questions of document mismatch and gender markers on passports could well benefit from further consideration by those with the power to legislate around human rights issues. But I doubt that’s likely to happen as long as certain countries continue to view every air traveller as either a potential terrorist or in need of punishment for not complying with cultural stereotypes of what is meant by male and female.