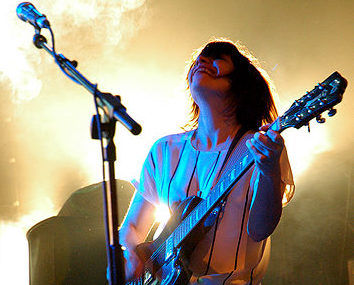 Flying the flag for women who rock

“I was going to wear my Sleater-Kinney t-shirt tonight, but I’m glad I didn’t now.”

This overheard comment at Wild Flag’s show at Camden’s Electric Ballroom on 1 February sums up the way most people seem to feel about the band after seeing them live. You arrive as a Sleater-Kinney fan, desperate to relive the glory days and leave -bruised and sweaty – a devoted Wild Flag fan. Made up of women who have played in some of the coolest bands of the last 20 years (Sleater-Kinney, The Minders, Autoclave and The Jicks), they could have easily been crushed under the weight of their collective pasts, but they are so confident that all of that becomes irrelevant before the first song is over.

Wild Flag treat us to a straight-up rock show. They pogo and windmill all night, throwing endless rockstar shapes. The four of them are all over the place. By the end, Mary Timony is on her back, kicking her legs in the air, whilst Carrie repeatedly head-butts Rebecca’s keyboard. Throughout the entire show they look as though they couldn’t possibly be having a better time doing anything else. But this isn’t empty posturing; these grrrls can shred. Carrie Brownstein’s gutsy, instinctive guitar playing is thrilling. Jane Weiss is all over her drum kit like she’s endowed with more than four limbs. Mary Timony’s sweet vocals are pitch perfect and her feedback manipulation is awe-inspiring. Rebecca Cole makes playing keyboard look and sound absolutely badass, a feat in itself.

I wish we were past the point where a woman really knowing how to play guitar is subversive, but we’re not. And a woman who knows she’s good is even more controversial

In other words, this is about as far away from riot grrrl as it’s possible to get. They owe far more to classic American rock, like The Doors, than punk and hardcore bands. Anybody who was here for some sort of 1990s revival would have been sorely disappointed, but they’d have missed the point. The beauty of riot grrrl was that anybody could pick up and instrument and play, even if you could only manage three chords. Thousands of grrrls started bands for the first time, and some of them never quit. Wild Flag is what happens when you never grow out of playing in a band with your friends. You get really fucking good.

I wish we were past the point where a woman really knowing how to play guitar is subversive, but we’re not. And a woman who knows she’s good is even more controversial. A photograph of Carrie Brownstein taken at any point during the show would have a produced an iconic rock ‘n’ roll image. Wild Flag may not wear their political convictions on their sleeves as they did in their previous bands but anybody looking for some inspiration wouldn’t need to look hard at one of their shows. If anybody has ever told you that women can’t play drums, aren’t real guitar players or simply aren’t as cool as Iggy Pop or Jim Morrison, take them to a Wild Flag show. 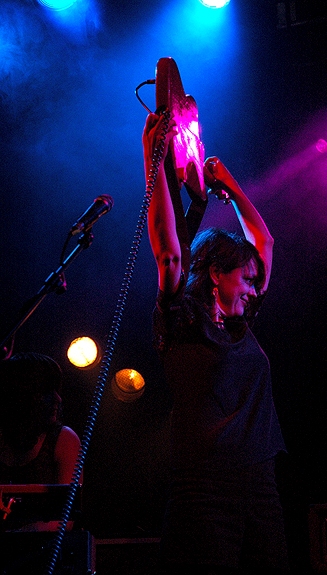 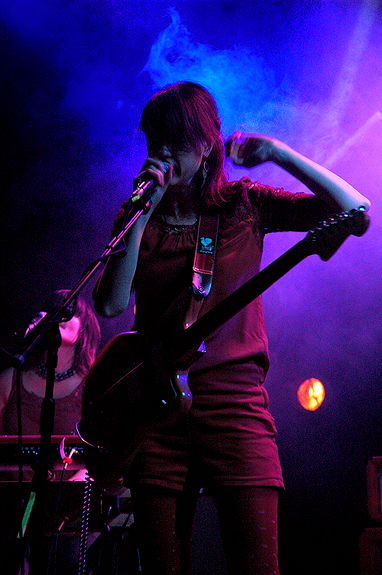 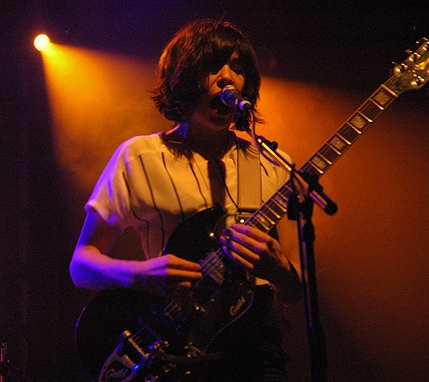 And the songs are brilliant. They treat us to all the best cuts from their eponymous debut album, as well as a blistering cover of Patti Smith’s ‘Ask the Angels’. Their opener, ‘Electric Band’ could serve as the band’s manifesto. A song that virtually forces you to play air guitar while wishing you were in a rockin’ grrrl band with your best friends. ‘Future Crimes’ was always going to be a live favourite with its anthemic closing lines (“If you’re gonna be a restless soul, then you’re gonna be so, so tired/ If you’re gonna give up on the fight, then I’m gonna call you a liar”) and Cole’s keyboard riff that that loops in your head for days after hearing it. ‘Racehorse’ far-exceeds its on-record promise and seems to go on forever, in the best way possible. They wring it of every ounce of rock ‘n’ roll potential, letting rip some of the best guitar (and keyboard) solos of the night. And that’s going some.

But it’s not all guitar noodling and extended drum solos; there’s a beating pop heart beneath every song. The band certainly owe a debt to 1960s girl groups, if only in their vocal harmonies. ‘Glass Tambourine’ is the stand-out example of this. Listening to the album, it’s hard to imagine them managing to re-create the intricate harmonies of this song in a live setting, but of course they do. All four members of the band sing, with Carrie and Mary taking lead vocals, backed up by Janet and Rebecca. It’s interesting that so many ‘girl bands’ are adopting this egalitarian approach to their line-ups – Vivian Girls and Dum Dum Girls being the obvious examples. It creates an interesting sense of camaraderie onstage with every member of the band in the spotlight, rather than hiding behind the ‘front woman’.

Wild Flag are careful never to let things get too twee, though, before busting out a guitar solo or a wall of carefully manipulated feedback. It’s this balance that makes the band so special. You leave the show sweaty from thrashing about to Carrie’s guitar solos and spend the next day crooning the melodies. 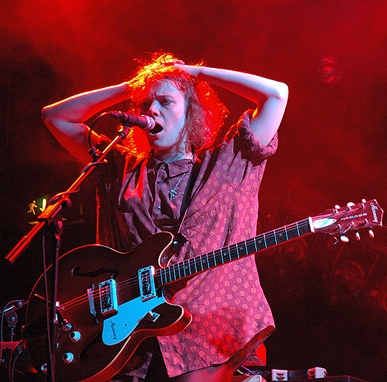 There has been a bit of a riot grrrl revival of late, with young women like Tavi Gevinson discovering it for the first time and bringing it to popular consciousness again. For many teenaged girls, music is a way into feminism. It certainly was for me. But as well as looking back at bands like Bikini Kill and Sleater-Kinney, we should be excited about the fact that women confidently and unapologetically taking to the stage didn’t end with that scene. Young women still have bands to see who will inspire them to make music with their friends, whether it’s gritty three-chord punk, hip-hop or pop. Wild Flag is a band made up of riot grrrl heroes, but it is far more than the sum of its parts. It’s a band filled with DIY and feminist spirit, but it’s no trip down memory lane. Riot Grrrl is dead. Long live Riot Grrrl. 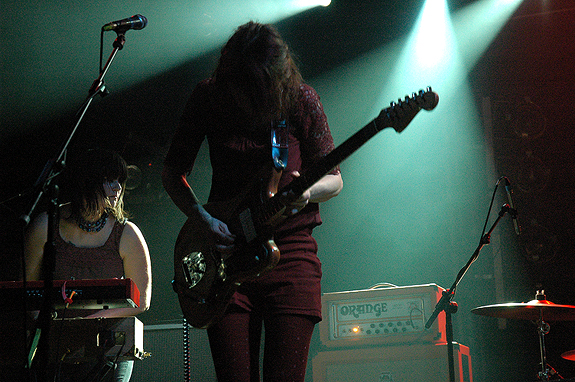 Lydia Harris is a feminist writer and blogger. She likes to think of herself as a grown-up Wednesday Adams, but is really just an angry cat lady who doesn’t dye her hair often enough. She once cleared a dance floor by accidentally playing My Bloody Valentine instead of Destiny’s Child when DJ’ing at a 1990s night