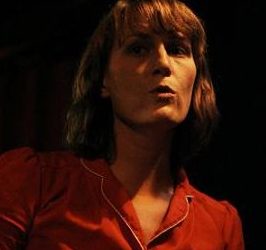 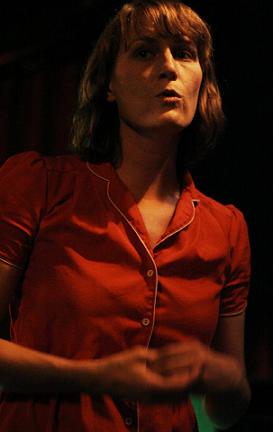 Those whose interest was piqued by Kaite Welsh’s recent review of the new Laura Gibson album, Le Grande may be interested in Laura’s new video for the album’s title track. Directed by Alicia J. Rose, the video is inspired by and recorded at the The Hot Lake Hotel in the town of La Grande, Oregon. With its natural hot lake that billows smoke and mist across the land, a 200 year-old history and concealed setting, it initially captured Laura Gibson’s imagination during one stay there and she wrote ‘La Grande’ on the premises.

Having never been captured on film until now, The Hot Lake Hotel had maintained its mysterious character for many years, from its early days as a Native American healing centre, until eventually being abandoned before its renovation a few years ago.

The overall feel of the video is haunting and eerie, not to mention a little bit reminiscient of Henry James’ Turn of the screw

The experimentation of artists with the past, with black and white film and the bygone age of literature and film is not new of course, so I’ve strung together a post featuring some other examples of this latent tendency, which I hope you’ll enjoy.

Florence + the machine recently went distinctly 1930s with the video to ‘Shake it out’, and the track itself was also used in this tribute to Pre-Code Hollywood.

Going back to earlier more silent times, this is clip of Clara Bow in the 1927 film IT

Which I have been introduced to by my friend Michelle, who does a blog about silent films.

I got the Siouxsie and the Banshees At the BBC boxset for Christmas, which includes a DVD of all the bands appearances on the BBC, including this perfomance of ‘Peek a boo’ from 1988. Whilst Siouxsie didn’t specifically mention Clara Bow as an influence in this interview, she did point to Theda Bare and Louise Brooks, which would tie in with her look at this point.

I am dedicating this last clip to my friend Clare who is off sick from work at the moment, and who has the same haircut as Siouxsie had in 1988. Get well soon Clare…