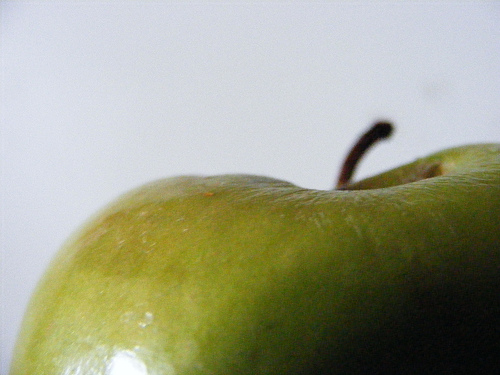 My experience of slimming clubs

A guest post from Saranga in response to Chrissy D’s piece from yesterday.

The In defence of Susie Orbach post was interesting but I found myself disagreeing with much of it and, at first, I wasn’t sure why. One thing that came across to me was that the writer perhaps doesn’t have direct experience of slimming clubs.

I have been a member of one (Slimming World), and I must say it worked for me. Yes, there are these things called “syns” and, yes, “syn” is a horrible cringeworthy term. I can’t say I’ve ever based my self worth on knowing the “syn” level of foods but I believe it’s used as a pun, to put a bit of light heartedness back into the whole diet thing.

Now, I know there are problems with slimming clubs and that these are all tied up with women’s negative self esteem and part of a wider culture that doesn’t value women who are seen as ‘fat’ (whatever ‘fat’ means). However, going to a slimming club did help me, not just to lose weight, but to feel like I was back in control. That’s no small thing and I don’t think it should be dismissed as such. Incidentally, I oscillate between wishing to be thin and enjoying my body, even loving the way it wobbles and is squishy, soft and like blancmange. Most of the time I’m happy with my fat.

However, there are three main points in yesterday’s piece that I take issue with:

I’d say no. If something is forbidden (by yourself or a diet plan), then you either feel wretched wanting it all the time and not having it, or you eat it then feel wretched because you’ve eaten it. Allocating a number to it gives the person control over what they eat, and takes away the deprivation feeling of most diets.

…”(the leader) didn’t like you to lose much more than a pound or two a week – anything else was too quick and unrealistic”. Uh-huh; that’s because the Weight Watchers autocrats need lifers, not defectors who are going to realise their own oppressive condition and drop out.

Again, I disagree with this. I think it’s because losing a lot of weight in a week (say over 5 or 6 lbs, like some crash diets offer) is not really healthy. For example, once you hit your target weight at Slimming World you no longer have to pay to attend the groups. I imagine the same is true at weight watchers.

If it were truly about making you healthier, and not them richer, wouldn’t they be giving this away for free? Not paying someone extremely successful to sell it?

No, because it’s a business. We live in a capitalist society and businesses want to make money. That doesn’t mean they can’t offer a healthy way to diet, as their business. If they were solely interested in money, I think they’d be encouraging us to aim for very low weights, so we would keep paying the weekly fees. But I never, ever got that feeling from the slimming clubs I attended. Members chose the weight they wanted to get to and were supported to get there. Once there, it was up to the individual what they did next. I met women at the weekly groups who had been at their target weight for a couple of years and were still going to the club. Another thing occurs to me: that for the business to be successful it has to do what it says it will to get a good reputation. It is in their interest to help their members learn healthy ways of eating and managing their weight.

As I said earlier in this piece, slimming clubs can obviously be problematic. For example, they don’t remove the feeling of guilt that’s associated with food. Indeed, I’ve seen some women at them saying they don’t deserve to have lost weight because they ate a pack of biscuits one night. However, what these clubs do offer is a controlled (by the slimmer) easy-to-understand and healthy way to lose weight. Also, I know Slimming World doesn’t let you aim for a target weight below the stated range for your height. I assume Weight Watchers doesn’t either. I’d say that’s a good thing.

Slimming clubs don’t remove our preoccupation with thinness. They profit from it. But there are better and worse ways to do that and I think, given the range of diets out there, slimming clubs can offer a supportive, safe, healthy way to control your weight if that’s what you want to do.

Saranga is a A 31 year old bisexual feminist reading many many comics. She runs New readers…start here!, where she reviews comics for people who are new to them and also Pai, where she talks about comics, feminism, BSL, comics, feminism and yet more comics. Her favourite hero is Supergirl. She is on twitter as @sarangacomics.

Picture of the top of a green apple against a blue-tinged white background by Energetic Spirit, shared under a creative commons licence.