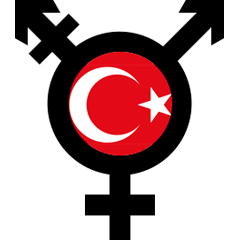 Turkey: Another victim in the undeclared war on transgender women

There’s no doubt in my mind that violence against transgender and transsexual (TS/TG) women is not only endemic and global in scale, but also that trans* women generally are experiencing escalating levels of violence which are disproportionately high in relation to our numbers, even though it seems practically impossible to put precise figures on the rates of transphobic violence.

As is the case for many cis (non-trans*) women, the violence against trans* women manifests itself in numerous ways and it can arise from the most mundane of circumstances. I’ve been reminded of this today when I heard about the murder of Melda Yuksel in Kocaeli, Turkey, on Monday afternoon.

It seems that Melda, a 26-year old transgender woman, met her younger brother Murat at a building site to ask his advice on some construction work she had commissioned. A conversation after the meeting somehow escalated into an argument between the two about Melda’s gender identity, during which Mr Yuksel pulled out a gun and shot her five times. She died of her injuries at the scene of the shooting.

Neighbours reported hearing gunfire and the local police were on the scene within minutes, where Mr Yuksel was found with the gun still in his possession. He was taken into custody and the police investigation continues.

It’s my opinion that murders like this are part of a larger pattern of violence and discrimination against trans* people in Turkey and it’s disheartening, to say the least, to have to write yet again about the sad loss of another young woman who, by all accounts, was in the process of successfully rebuilding her life.

As far as I’m concerned, trans* women are human, just like cis women. We have – theoretically, at least – the same civil liberties and human rights as cis women. Often we’re just another face in the crowd, someone you might pass on the street every day, unnoticed and unremarked. And yet, time and again, we are subjected to bigotry and violence simply because we exist; because we don’t comply with cultural stereotypes of what is meant by the words woman and female. But being TS/TG is not some vaguely-defined “lifestyle choice”; it isn’t something we can leave at home when we go out into the world each day. And neither is it anything for cis people to react negatively to, not with fear, not with hatred – and especially not with violence.

I extend my condolences to Melda’s loved ones on their sad loss of yet another victim in the apparently endless undeclared war on transgender women in Turkey.

Image made by Helen from images found at Wikipedia (here and here). Both original images are public domain and so is this one. If using elsewhere, please ensure correct attribution.