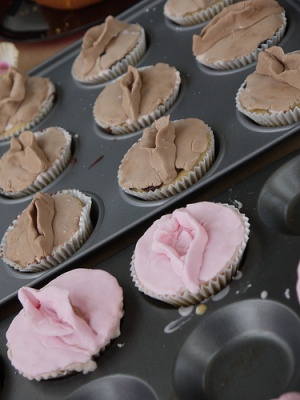 What? You don’t wet wipe?

Ciara O’Connor takes on Washlets. Ciara is a 21 year old recent graduate who’s teaching English to kids in London whilst wondering what to do next.

“Nowadays it is not enough to neutralise perspiration and breath odours; women are warned in every women’s magazine of the horror of vaginal odour, which is assumed to be utterly repellent” – Germaine Greer, The Female Eunuch

Andrex’s latest master stroke has been to remarket its humble babywipe as the answer to every woman’s prayers – the ladywipe! Finally we are liberated from our natural filthy state, our waxed, cosmetic-surgeried, vajazzled vaginas can now be cleaned PROPERLY. Several times a day! And they biodegrade! For the hygienic woman with a social conscience.

I could deal with it for as long as it wasn’t shoved in my face. Offensive though they certainly are, thankfully “feminine hygiene” wipes still hadn’t managed to hit the mainstream; a mixture of embarrassment and their implicit hatred of women kept them on the bottom shelf and off our Twitter feeds. That was until “the nation’s favourite” purveyor of loo roll got in on the act, leaving us unable to ignore the unpalatable truth that has plagued us for centuries: girls are icky.

And Andrex have been quite clever. The genius of Washlets is that, unlike Femfresh and friends, they are not readily identifiable as feminine hygiene. The packaging is blue and white. There is no mention of vaginas or ladies anywhere on it. Nothing embarrassing in buying these, girls. In fact, the wipes have little to distinguish themselves from the babywipes that Andrex do so well. So what’s the problem, then? Well, a little look at their rather aggressive advertising campaign gives away what they are actually selling, that intangible thing that babywipes lack: fear. Vagina fear.

Dawn Porter has been recruited as Andrex’s evangelical Washlette, and has created a series of online advertisements featuring her trying to convert the general public. In every advert she invites her victims into a toilet as she waits outside, sometimes shouting encouragement at them. Women come out talking about how “fresh” and “hygienic” they feel. I don’t think we are to presume that all these women are defecating on demand. With a camera crew outside.

Because although Porter does specify that it’s “bottoms” she’s dealing with here, and although there are some men featured, Andrex doesn’t really walk the walk. The emphasis is squarely on women: Dawn asks all the women in an office to meet her in the ladies bathroom where she can convert them to the Washlet cause; pretty young women in Westfields pass them out to female passers-by; she targets “yummy mummies” in the street and gate-crashes a hen party. It is clear that Andrex are hoping to make money out of cleaning up vaginas.

Dawn asks her new lady friends whether they “dry wipe”, and you can see the confusion and embarrassment as they start to wonder for the first time whether “dry-wiping” is, in fact, disgusting. The realisation that we have lived in filth for our whole lives dawns (sorry) on us all. Thank god for Andrex’s “Clean Campaign”.

And no, I didn’t make that up. They really are running with that – the Facebook page is called “Clean Campaign”. A Campaign. A noble crusade against filth. Logically, if you do not use their “moist toilet tissue”, you must be dirty. The packets are adorned with the slogan “Change what you mean by clean”. Certainly, if you don’t use the Washlets now that they exist you are dirty. We all thought we were clean before but we must now reconceptualise the word in order to accommodate Andrex’s new breakthrough. The brave new world Washlets have created is one in which women and vaginas have to work even harder than before to be socially acceptable.

The genius of it is, of course, that women are only too willing to succumb to any new suggestion for vagina insecurity that is thrown at us; we’ll buy up all the vagina-fear they have. We have shown ourselves only too willing to embrace any new ideas to pornify and Barbiefy them. Vaginas, in their natural state, are disgusting. We must obliterate all signs of vaginaness in order for our genitals to be acceptable and attractive, not only to the opposite sex, but to ourselves.

So say no, girls. Say no to vagina-shaming, woman-hating rhetoric . Washlets promise to be “Cotton Fresh”. Even if you’re not convinced by the unpleasantness above, doesn’t a cotton vagina just sound like the worst thing in the world?

Photo of vulva cakes by Philippa!