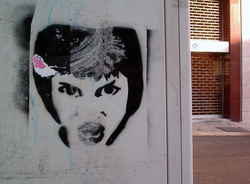 When is an affair not an affair? (Trigger warning)

Michael Yardley, a Police Community Support Officer, has been jailed after admitting raping a 12 year old girl, as well as four counts of sexual activity. His defence was that he had become “unhappy in his marriage”. Thankfully, most people with unhappy marriages do not console themselves by raping children, but this man did.

Yardley has been sentenced to 10 years in prison, and is on the Sex Offenders’ Register for the rest of his life.

You’d think the rape of a child would be fairly unambiguous territory. Yet in the Daily Mail‘s report on the assaults, journalist Graham Smith twice refers to it as an “affair”. He also describes the rape as them “having sex with each other on several occasions”.

The girl is reported to have told police that she and Yardley were planning to move in together when she turned 18, and she may well have meant it. This does not make it any less a case of abuse and assault. Children have elements of their own sexuality, some of which they may express towards others. If a child behaves in a sexual way towards an adult, it is the responsibility of the adult to not take advantage of her. The adult’s responsibility is to know that to respond in a sexual way is abusive, exploitative and highly inappropriate.

Hypothetically – because I know nothing of the victim in this case – a child expressing her sexuality overtly may be more vulnerable than most.

If a child has a crush on you, an adult, don’t rape them.

If a child tries to kiss you, don’t rape them.

If a child cuddles you, don’t rape them.

If a child sends you 200 text messages, don’t rape them.

And if a child is raped by a Police Community Support Officer, don’t write in a national newspaper that they had an affair. A child is not capable of “having sex with” an adult. Not ethically, not morally, nor legally.

[The image is a photograph of some stencil graffiti of an angry woman. It was taken in Lisbon by Manuel Faisco and is used under a Creative Commons Licence]