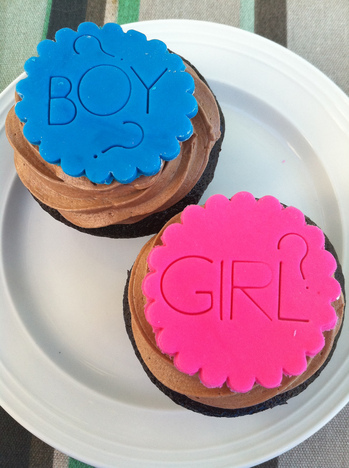 1 Year of the Gender Diary

This is a guest post by @Genderdiary. The @GenderDiary parents are both journalists working in Westminster and living in South London.

For a year now we’ve been tweeting as @GenderDiary about the ways we’ve seen people treat our 4-year-old girl and our 15-month-old boy differently. We’ve learnt a lot.

We were inspired to keep the diary by Marianne Grabrucker’s book There’s a Good Girl: Gender Stereotyping in the First Three Years – A Diary (1988). She recorded the experiences in her daughter’s life that were shaping her as female. It’s a simple but brilliant idea.

When our children were born, people would say, “Oh you’ll see, you treat them just the same, but boys and girls act completely differently, it’s in the genes.” It isn’t. And Marianne Grabrucker’s book was the thing that showed us how tiny little things in everyday life shape our children’s understanding of themselves as being ‘boy’ or ‘girl’.

And it was from day one. There was no time for either of our children to show us their ‘innate’ behaviour because they were already being treated differently. Cards, toys and clothes given to them were different, the language people used about them was different, and there’s the fact that we could expect adults to handle our children differently and direct them to different toys depending on their gender, although they are unaware they are doing it.

Other people continually reinforce gender stereotypes that are nothing more than glib generalisations, and within earshot of our children.

A defining moment of the year seems to be to have been the effect being a bridesmaid had on our daughter. We tweeted, “Today we had visitors. Our daughter wanted to wear a bridesmaid’s dress she had worn for a friend’s wedding. She said she wanted to wear her dress because the visitors “will like me”. She was right I suppose. A girl in a frilly dress gets a lot of “don’t you look lovely in your pretty dress!” etc. She obviously associates people appreciating her appearance with being liked.” (2011-01-14). We don’t tweet every time someone comments on our daughter’s appearance because we just wouldn’t have the time to fit it in.

The fetishisation of all things pink for girls has got to the stage where lazy ‘research’ and the media tell us that gendered colour preferences have an evolutionary basis, despite them becoming fashionable only 50 years ago.

In contrast we’ve come to appreciate this year the way boys are quickly socialized into disliking anything that is associated with girls. For example, “Today we saw the second of 2 different programmes that had a plot on the embarrassment of a male character because he is wearing pink” (2011-01-26)

We’ve heard many parents bemoan the fact that they’ve tried not to reinforce gender stereotypes in their kids but still see them develop stereotypical behaviour. They then use this as evidence that gender differences are innate. But gender stereotypes are everywhere and are constantly reinforced. Regardless of our behaviour, our children’s experience is made up of so much more than just the words and actions of their parents. They interact with countless adults and children, books, toys, television, images, sights and sounds every day and all these interactions leave their imprint.

The diary has given us a new found awareness that we want to share with other people. You have a document that brings it all together and shows you the weight of it in children’s lives. You can then imagine a child’s experience as a sort of wall of sound, where dense and complicated layers are built up on a daily basis to make an intricate identity.

It’s hard sometimes not to despair and feel the likelihood of change is insurmountable. One of the lovely things about our twitter account is that our followers share their own experiences, which we retweet, which creates a forum for those equally frustrated by the way children are stereotyped. Like any sort of group, it feels good to know people share your experiences and are struggling against them too.

So let’s look to the future and see what we can do. One of the most inspiring things we’ve seen is by @bluemilk who has run anti-sexism workshops in her child’s school. Likewise this piece on how a teacher ran gender-awareness sessions with her class while trying to help a pupil come to terms with gender variance is full of good ideas.

And finally, something that F-Word readers are probably already doing. Contradicting people and modelling the alternative. Contradict people when they make glib stereotypical statements, offer them alternative views, tell them your experience is different. Small actions matter.

[The image is a photograph of a pair of cupcakes, one has a blue flower on top with the word ‘boy’ and two question marks, the other has a pink flower with the word ‘girl’ and a question mark. It was taken by Kristen Ausk and is used under a Creative Commons Licence]