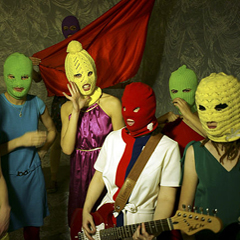 Moral panics are nothing new and often emerge during times of societal change as a kneejerk response by a majority of people over (often unfounded) fears about loss of control. They’re nothing new – Wikipedia cites their long and ignominious history going back at least as far as the 16th century witch hunts across Europe and they seem to occur with monotonous regularity pretty much everywhere that the established order perceives its status quo to be under threat of destabilisation.

We also see moral panics frequently manifesting around popular music, almost invariably as a new style or genre comes into being: from rock & roll in the 1950s and 1960s, punk rock in the 1970s, acid house and rave culture in the 1990s – musical styles which barely raise an eyebrow today, even though the often authoritarian reactions of the time are more often seen, with the benefit of hindsight, as being unnecessarily heavy-handed and ultimately pointless. The sky did not fall and civilisation as we know it did not come to an abrupt end.

So while we might be able to place the reaction to the recent protests by Pussy Riot, the Russian feminist punk-rock collective, under the moral panic tag, the stakes for the alleged participants seem as high as ever. In February, five members of Pussy Riot performed a “punk prayer” next to the main altar of Moscow’s Christ the Saviour Cathedral, an area of the building which is apparently off-limits to anyone who isn’t a priest. Two weeks ago, two women – Maria Alyokhina and Nadezhda Tolokonnikova – who have denied being members of Pussy Riot, were detained on hooliganism charges for which they could face seven years in prison. Their case had its first court hearing on Wednesday this week. According to RIA Novoti:

The judge was biased because she was a target of a provocative stunt involving Tolokonnikova last year, said defense lawyer Nikolai Polozov. Tolokonnikova and several members of art group Voina released hundreds of cockroaches in a Moscow courtroom at a separate trial presided by the same judge as a form of protest.

The court ordered that Maria Alyokhina and Nadezhda Tolokonnikova are to remain under arrest until 24 April.

The court decision triggered a backlash from rights activists, with Lev Ponomaryov from For Human Rights group denouncing the prolonged arrest as a “repressive” act.

An online petition has been launched calling for the immediate release of the women on the grounds that their detention is a breach of their human right to peaceful protest.

As I’ve been writing this post, The Moscow Times has reported that Irina Loktyeva, a further alleged member of Pussy Riot, has also been arrested and charged with hooliganism. She’s been jailed until a hearing today (Friday) at which a judge will decide whether she too will be kept in pre-trial detention.

The image Pussy Riot by Igor Mukhin is from Wikipedia Commons and is used under the terms of the GNU Free Documentation License 1.2