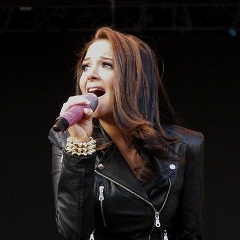 Ciara O’Connor discusses the intersection of classism and sexism in the reaction to Tulisa’s sex tape.

A sex tape of Tulisa Contostavlos, of X-Factor and N-Dubz fame, was leaked a few days ago. This isn’t remarkable in itself; sex tapes of celebrities are common enough and usually get met with glee and a healthy dose of schadenfreude, before being forgotten about and consigned to the showbiz archives. But there was something distinctly different and extremely unsettling about the reaction to Tulisa’s video. Ignorant sexist misplaced moral outrage, I resignedly expected; it was its intermingling with vitriolic class-hatred that surprised me.

The word “chav” would not go away. This derogatory term of abuse, loaded with class prejudice, was ubiquitous in tweets on the subject. Certainly, tweeters were using it as a self contained insult: “Tulisa makes my blood boil. Fucking chav”. In fact, the words “slut” and “chav” were used pretty much interchangeably.

Tweet after tweet focused obsessively on Tulisa’s working class background: her “chavvery”. Many expressed a lack of surprise at the tape, because they “always knew she was a chav, was just a matter of time really before she made one”. One, fairly representative, tweet read “Oh Tulisa, living up to the chav image we all expected of you”. The implications here are fairly unsettling: sexuality and class are seemingly still being conflated in a way that would be more at home in Victorian or Edwardian times. The concept of a dangerously immoral and highly sexed lower class is apparently still relevant.

But is “chav” a feminist issue? Certainly, the blanket rule of women being “sluts” while men are “studs” seems to be intensified for those perceived to be in the lower social classes. The media has its straw chav: a Vicky Pollard figure with her row of buggies containing multicoloured (because racial mixing is obviously another sign of moral destitution) children, who chooses pregnancy with its supposedly huge state benefits as a viable career option. The Daily Mail’s benefit scrounger par excellence is the working class woman with more children than she can afford, who got pregnant for the council flat.

In a stroke of genius that nipped ideas of social mobility in the bud before they could even get started, 19th century Britain saw the poor as naturally immoral. In a chicken and egg style dilemma, it was difficult to ascertain what came first: an uncontrollable sexual appetite (that symptom of their immorality) or being working class. This kind of thinking helped to keep the lower classes in their place. And apparently, it still does. “I have a feelin that her true Chav instinct will make for a good blowie”; “Tulisa and her sick sex tape has leaked. Now everybody can see what a common chav she is, scurry back into your hole”. Or summed up not-so-nicely: “once a chav, always a chav”.

The mood of many of the tweets was that she had it coming. How dare she be successful? How dare she appear on our prime time TV screens in beautiful dresses, in a role where her opinion matters? How bloody dare she. “Tulisa will always be a chav no matter how famous she gets, you can still see it all over her face”.

This rationale is bizarre anyway: Tulisa has never tried to hide her background and upbringing. In fact, she’s forged a whole career on it. The N-Dubz brand is hoop-earrings and tracksuits and baseball hats and bling: they self-consciously style themselves on what the popular imagination has defined as “chav”.

The fact that the Tweeters had to comfort themselves by believing that Tulisa had been pretending to be something she’s not is extremely odd and betrays the fact that vast sections of our society literally still can’t imagine a woman who no only doesn’t aspire to be perceived as middle class and sexually pure, but who is successful and popular at the same time. Where this sickening vitriol comes from, I have no idea. But it seems we still have a long way to go before sexual license and social mobility are no longer dirty words.

Photo of Tulisa by festivalsforall, shared under a Creative Commons licence.