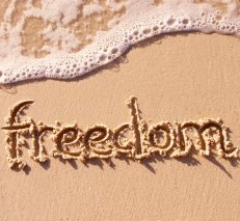 First discovering you are pregnant :-/

This is the first in a series of posts by Yasmin, a pregnant feminist who will be sharing her experiences of pregnancy with us, in the hope that she is not alone in her thinking!

When I first discovered I was pregnant, I was hit with an overwhelming sense of shock. I am 32 this year but in no way felt ready to become a mother. For years, I had resisted all ‘innocent’ remarks about the fact that I continued to remain childless (childfree!) despite having been with my partner for nearly 8 years. Members of my family would talk about this openly and, when friends became pregnant, they would assure me that I too would be overcome with joy at this most ‘beautiful’ of moments.

The belief, particularly when you are my age, is that you should be grateful that you can still conceive. This, however, was not how I felt. I worried about the loss of freedom, but when I voiced this I was quickly dismissed. ‘You can’t be young forever!’ ‘It’ll be fine once the baby gets here’. I resented the assumption that by critically considering the far-reaching consequences of this momentous event, I was necessarily being selfish, Western, in my family’s eyes. Though my shock subsided and was later replaced with an excitement about what would be happening to me, I have not lost the underlying sense of fear.

This, I guess, was my first experience of the ways in which pregnant women become a body other than their own. People come to not hear you as an individual; rather, they would prefer to see you as a representation of pregnant WOMAN. A special identity to which you are supposed to readily subsume the one you have painstakingly been constructing over the last 31 years!

Whatever the case, you are not really given a space to voice your fears and concerns because this is supposed to be a time of great joy and happiness. Should you experience joy yet have this tinged with worry and sadness at the loss of your former self, this is frowned upon. Indeed, people squirm in your presence because the pattern of pregnant woman conversation is not following its usual and ‘natural’ course.

This early pathologising of what to me seems one of many, logical reactions to pregnancy signals, as I see it, the ways in which pregnant women are from the very beginning, public property. If you do not instantly feel maternal then something is inherently wrong. You cannot possibly want or feel something different to the patriarchal construction of all women as aspirant mothers.

And what a mother should be is anything but critical of the process and all that it entails. At my first antenatal appointment, the one in which you are given the picture of your baby, I was ‘able to find something to complain about’ because, I am an ‘angry feminist’ whose rational thinking brain has long since gone out of the window. Apparently, I should not have been so ‘put out’ by the fact that the instructional videos aired for expectant parents continuously referred to the baby as HE. When I mentioned this to a pregnant friend I was made to feel like this was no time for my feminist gripes, I was pregnant and should be damn happy about it too!

How, I wondered, was the fact that I was pregnant supposed to act as a buffer to my feminist ideals? How could this old friend, who knows exactly how important feminism is to me, blithely tell me to discount my indignation? Well, the answer was simple; pregnancy is not a time for critical reflection about gender. In fact, it is the point at which you return to your natural and instinctual self. Why, at this point, be critical of the fact that boys are presented as the human default? It is just harmless, nothing to be worried about. As though this is not in some way related to the sad reality which has millions of female foetuses selectively aborted. Nothing can or should derail my 100% mirth at being part of the ‘special club’!