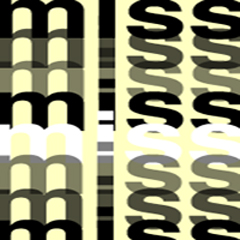 One of our readers, Rosie, emailed to raise awareness of an online petition to drop the title miss from all official documents. The petition can be found at http://epetitions.direct.gov.uk/petitions/30205 and it’s generated an interesting discussion between some of the bloggers at TFW.

There seems to be an obvious parallel with France’s recent decision to stop using mademoiselle in official documents because it denotes a woman’s marital status in a way that men are not subjected to (madame is traditionally used to refer to married women; mademoiselle to unmarried women), and while there’s broad (but not unanimous) support amongst TFW bloggers for the removal of miss, our discussion made it clear that it isn’t as simple a matter as one might think.

My own position – and I’m not claiming to speak for anyone but myself – is that, even though I’m binary-identified, I’d nevertheless be more than happy to see an end to the enforcement of all cultural stereotypes of what is meant by mrs/ms/miss/mr (and woman/female as well as man/male) against those who, for whatever reason, don’t fit neatly into the simplistic binary checkboxes that are currently all there is on offer. My viewpoint is underpinned by my seeing the matter through at least two intersecting lenses arising from being a woman who is also transsexual. From my own reading on the matter for many TS/TG people there is, in many countries, a clear link between one’s legal and social titles and one’s medical and surgical status. My recent post about the Swedish government’s proposal to retain a 1972 gender recognition law under which TS/TG and gender variant people who want to change their legal gender are required to be sterilised touched on this, but one only has to look at the research by TGEU’s TVT Project to see that the situation in Sweden is only the tip of an iceberg. However, I also recognise that other privileges from which I benefit may be hindering me from seeing other intersections, such as class, age, race and so on.

For example, some feminist women may actively like miss, especially when they live in communities where they’re expected to marry young. In these circumstances, miss may be seen as a title of emancipation to be worn with pride.

Then, in a country such as Germany where Anglophone conventions don’t hold sway, all women are simply frau and it’s often assumed that the equivalent in translation is mrs – so an unmarried woman may find herself referred to as mrs, whether or not she’s married and regardless of her own preferences. And, as one of my co-bloggers, points out, many Sikh first names can be either female or male as the name Singh or Kaur after it indicates gender. For anyone unfamiliar with this convention, the risk of misgendering someone can be reduced by the use of gendered titles like ms or miss.

Another point of view emerging from our discussion is that the use of gendered titles can be superfluous and essentialist while simultaneously having its uses. For example, if you have a form which asks for a title then you can use that information to personalise your response to someone – in a sense, you’re saying, “this is my gender, please use the pronouns associated with it when you address me”. It can also be useful if you’re researching the gender balance of groups or organisations although, again, we’re still stuck with what are fundamentally binarist naming conventions.

There is also the matter of personal choice: even if I may not like these titles, lots of other people clearly do and why should I remove their ability to identify themselves how they like? Although there’s also a problem when society at large ignores an individual’s stated preferences because it’s decided to enforce its own preconceptions and prejudices. From my perspective as a woman who is also transsexual, this intersects with a long-standing discussion between some TS/TG people about ‘passing’ (or, more accurately in my opinion, ‘being passed’). To illustrate my point, over recent years I’ve developed a distinct aversion to speaking on the phone to people in positions of authority because, even if they have all my details on their computer screen in front of them, it’s my experience that they will still invariably decide that I have “a man’s voice” (whatever that means) and address me according to that perception, that snap value judgement that they’ve made about me.

Our discussion also raised the question of the way in which these titles are used: do they denote marital status, or social status, or something else entirely? If we followed the example of countries where your form of address was linked to your job title (eg. Teacher Jane Doe), would that be preferable? My feeling is no, it wouldn’t because of the risk that people without a job may be further marginalised and stigmatised and thus marked out as lower status.

But whichever way we feel about the matter, I can’t overstate that this is, in my opinion, about freedom to choose, and to have our choices respected. I think that any prescriptive solution would be unacceptable and perhaps unfeminist: people should be free not to use miss, there should be the option to use ms or anything else we choose, or no title at all but above all this is not about nonconsensually “banning” anything.

So while it would be good to get rid of gender identifiers altogether – and there should definitely be gender neutral options as well as the option not to use any – it seems we’re a long way from reaching that particular compromise.

I think it’s fair to say that several of us found the whole conversation really useful and where we initially thought there was an obvious ‘correct’ feminist position on the matter, it’s clear that there are many nuances to be considered and I for one would be interested to hear what other TFW readers think!

The image miss was made by Helen and is licensed under a Creative Commons Attribution-NonCommercial-ShareAlike 3.0 Unported License. If reusing the image elsewhere, please link back to this blog post: /blog/2012/03/miss