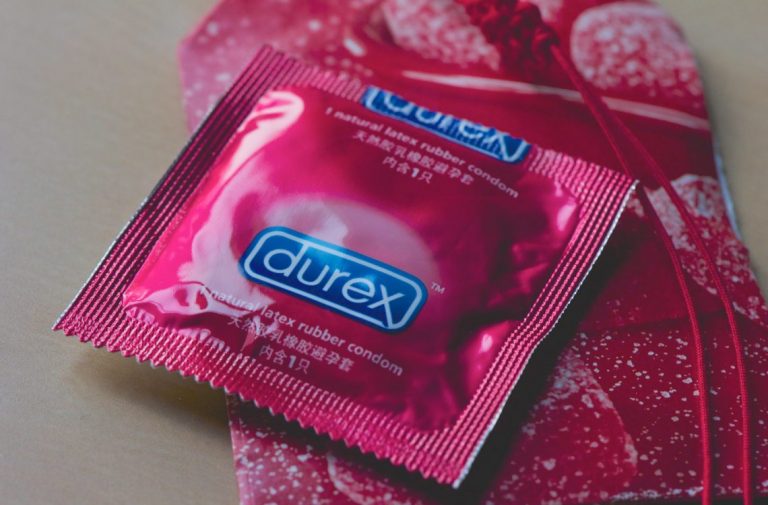 ‘Speed Her Up, Slow Him Down’ – Durex finally solve humanity’s greatest sexual problem. Or not.

Oh dear, Durex. As though yet another voice in the cacophony telling us our sex lives aren’t up to scratch, our vaginas aren’t adequate, our orgasms abundant enough or fast enough, and our partners aren’t virile enough, was exactly what we needed, Durex have just come out with this.

‘Speed her up, slow him down’ – a new and magical system designed to shoehorn our orgasms into a more socially approved form, simply through the use of a dubiously textured sheet of latex sprinkled with scary chemicals. Oh, dear.

These are old, old stereotypes at work here: men come fast, women come slowly, intercourse is the most ‘real’ or ‘true’ form of sex, simultaneous mutual orgasms from intercourse alone are the Holy Grail, so the apparent differences between male and female physiologies become a problem to be overcome.

There is a great deal that is harmful about a model of sexuality that articulates ‘sex’ as primarily meaning ‘PIV intercourse’. Aside from othering and marginalising the very real sex lives of many queer people, disabled people and kinky people who don’t have intercourse often or at all, it’s pretty rubbish for het people as well. It sets up sex as a ‘performance’, where men must ‘last’ a long time, and women come easily from vaginal stimulation alone, for the sex (and the people) to be deemed as ‘good’. It sidelines the clitoris, well-known to be the main female sexual organ, as well as other kinds of non-genital stimulation. In short, it is heteronormative, cock-focused, unrealistic and ridiculous.

Capitalism works by creating a problem and then selling the solution. Just as a myth of a ‘perfect’ body can be created entirely separately to silly notions such as human anatomy, features of natural bodies labelled as deviating from this arbitrary ideal and so being wrong, and expensive modifications sold to fix them (I mean, who had heard of cellulite before cellulite cream was invented?) – so too can this idea of how sex ‘should’ be is popularised, simultaneous climax made an ideal, and deviations from that labelled as pathological and fixed with expensive products.

Only under a performance-based model of sex can there even be notions such as ‘too fast’ or ‘too slow’. Only if something can be sold to ‘cure’ it can a person’s sexual physiology be classed as ‘wrong’.

Simultaneous orgasm is a goal that humanity (or at least, the universe of Cosmopolitan magazine) has apparently been chasing for ever, and Durex are making a lofty claim in suggesting they’ve finally found the answer. What sorts of magical substances are in these condoms that could possibly have such a powerful effect?

Oh, right. Anaesthetic on the inside, because numbing sensation in the name of improved sexual performance is definitely a sensible and pleasurable course of action. People, benzocaine is a *dental anaesthetic.* Who thought using this in sex was a good idea?! Textured ribs and dots on the outside, because if there’s anything guaranteed to ‘speed her up’, it’s sandpaper being rubbed in her cunt faster and faster by an increasingly numbed partner who is expecting the combination of his high-tech condoms and, er, ‘slowed-down’ mechanics to send her instantly into ecstatic spasms. I mean, really?

Sexuality researchers have said for decades that the majority of women cannot orgasm through intercourse alone, that they need clitoral stimulation as well, and that most need plenty of time as well. I’m amazed that ‘speeding her up’ through giving her nothing but more intercourse is still being promoted as a realistic and reasonable way to make sex better.

This is not the way to improve peoples’ sex lives. Durex are not concerned with giving us better orgasms. However, the advice to invest time and energy in experimenting with fingers, tongues, toys and other kinds of sex would not sell as many gimmicks, so the anaesthetised sandpaper it is.

Ludi Valentine is a sex geek. She writes about queer sexualities, sex toys, anticapitalism and more on tumblr.

Image, by flickr user SimonQéŒ«æ¿›è­™ï£¿, shows a close up of a Durex condom packet and is shared under a Creative Commons license.