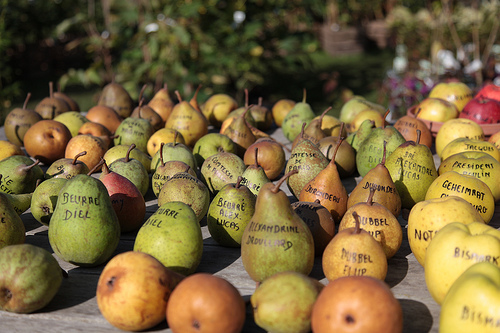 Welcome to this week’s round-up of the articles and blog pieces we’ve been reading over the past week but didn’t get around to covering in detail on the blog.

As ever, please note that we don’t always agree with every viewpoint expressed in the items or, indeed, the sites containing them. As with actual F-Word content, none of the views expressed reflect any “official view from The F Word” because not all contributors to the site will necessarily hold the same opinions on the topics.

Warning: The post also contains links to external websites and blogs with comment threads and other material that may be upsetting. We have no control over the content of external sites so you are advised to use your discretion and approach them with due caution.

Women affected by the cuts still have ‘Bags of Attitude’ (annelouisekershaw365)

A Brief History of the Brassiere Part 2 (Morecambe Variety Festival)

Thoughts on Being “Othered” (Fat Heffalump)

But, Pinterest is for girls! Sexism and social media (Tiger Beatdown)

A rapist’s right to choose? (Students Active For Ending Rape)

So, it turns out feminism is a CIA plot to undermine the left (Laurie Penny @ New Statesman):

Things I’m expected to do for cis people in return for them not hating me: an angry list (radtransfem)

Brilliant piece. Particularly this bit: “Both sex-positivity and sex-negativity, if applied correctly, are useful lenses through which we can understand different aspects of patriarchy, such as sex moralism and compulsory sexuality.”

Marge Berer: In defence of abortion on a woman’s request, including on grounds of fetal sex (BMJ Group Blogs)

School’s Out: What *Does* a Feminist Look Like? Teaching Boys About Feminism (Bitch Media)

Why Am I So Threatening? (Survivors Connect)

Refuge warns it could be forced to close (Guardian)

Top marks to Bitch for putting this one out there! Warning: spoilers in the comments.

I am Gal, Hear Me Roar (The Atlantic)

The surgeoness: the female practitioner of surgery 1400-1800 (Early Modern England)

No Woman, No Cry? (Left at the Lights)

Picture showing a diverse range of apples and pears in a variety of greens, reds and browns by Alexandre Dulaunoy, shared under a creative commons licence.