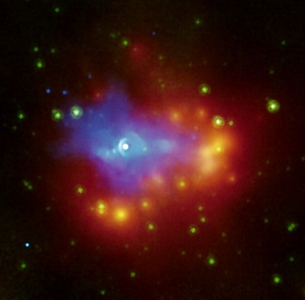 Women of the World, women of science

We’re all stardust. Yes, you’ve heard this before. But Jocelyn Bell Burnell explained in more depth today at the Women of the World 2012 festival at the Southbank Centre in London.

During the talk, ‘This time it is rocket science’, she said: “The stuff in your body has probably been through two [occurrences] of star building and star explosion. Every atom in your body, apart from a few hydrogen atoms, comes from exploding stars.”

During the talk, Jocelyn took the audience through – in very basic terms that even a journalist and English graduate like me could understand – some of the work she has done. But she also weaved in the story of her own career. She is famous for not receiving the Nobel Prize for her role in the discovery of pulsars when she was an undergraduate. (Although she puts this down to the fact she was a student, not particularly that she was a woman, the stars she spotted went on to net her male supervisors the illustrious prize.)

After graduating, Jocelyn married a man who worked in local government – to advance his career, it was necessary to move every five to 10 years. So move they did – leaving Jocelyn to start again at a new institute each time. She illustrated the effect of this to us by showing us a map of the electromagnetic spectrum. While most astrophysicists would pick a spot on the spectrum, and specialise, Jocelyn noted wryly, “I’ve been just about all over the spectrum.”

It was also a struggle to work part time and raise a child, she explained, at a time when the expectation was that mothers should stay at home and give up all ambitions for a career. Despite all this, Jocelyn has built up a brilliant career. 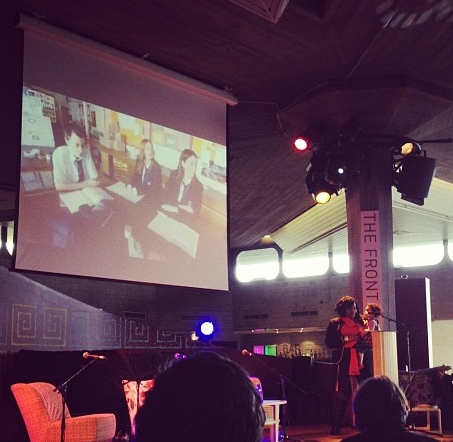 Maggie Aderin-Pocock, is another space scientist of a younger generation, with another high flying career – you might know her from Dr Who Confidential. She came up on stage carrying her baby daughter in a sling. She also showed us a photograph of a pregnant scientist, standing next to her equipment, which she was using to explore the birth of the universe. The times, you might conclude, have moved on.

But this isn’t exactly the case – Maggie explained that she’s moved away from her research career, to work as a science communicator, which better fits around the schedule and demands of parenthood. And women continue to be pushed out of a scientific career altogether in this country when they have children.

That said, there is more going on here than just the expectation that women will do most of the childcare – that is holding back brilliant scientists. Jocelyn added, “It’s not just about family. Women without partners and children also fail to progress as fast as their male counterparts.”

And that’s starting from a small pool of women who go into a scientific career in the first place. Maggie showed us a clip from a film she made in a secondary school. In the classroom, the walls were arrayed with the images of famous scientists – not one of them was a woman. The girls looking at these images absorbed the message that women simply haven’t made great discoveries. This is simply wrong, and Maggie has been trying to revive the stories of early women astronomers, and communicate them to girls, in a bid to provide role models.

But it was impossible to consider these stories without bringing to mind some of the things that Helena Kennedy QC had talked about earlier in the day, as she reminisced about her experiences fighting in the courts for women’s rights back in the 1970s. What is needed, she said, is “treatment as equals – not equal treatment”. And maybe this logic applies in the laboratory as well as the courtroom. Equal treatment might involve changing the profession so that having a child doesn’t shut women out of a career in research in the first place.

“What we learnt is there is no such thing as neutrality. Neutrality was a complete fiction and in fact it misled and distracted us from the real things,” Helena went on to say.

It’s a lesson that some scientists might find hard to hear, but the structure of how scientific institutions are run is no more ‘neutral’ than, say, the criteria that the TLS uses to determine which books it wants to review.

Maggie and Jocelyn had some fascinating statistics to show us about the proportion of women represented in the sciences. Women make up 37% of astronomers in Argentina, but only 12% in the UK. This doesn’t mean there is a surprising cluster of talent and interest in Argentina. It shows that the under-representation of women in science is cultural, and can be changed.

The structural changes we’re talking about aren’t to benefit the careers of individual scientists – although it sure couldn’t hurt. Both women were emphatic that a more diverse team will lead to better results. “It’s already been well demonstrated in industry that the most diverse [organisations] are the most flexible, strong and successful,” Jocelyn noted. This isn’t ‘just’ about more women, though: diversity of background leads to diversity of perspectives, which leads to breaking out of the standard patterns of thought. “Anything to dilute the white male Brit will make an organisation stronger,” as she put it.

Maggie was just as straight down the line on the importance of diversity. “If you have a more diverse team.. you are more likely to make great discoveries,” she said.

Photo of collapsed star by NASA, shared on Flickr under a Creative Commons license, other photos by me