A celebration of beauty – yours and mine 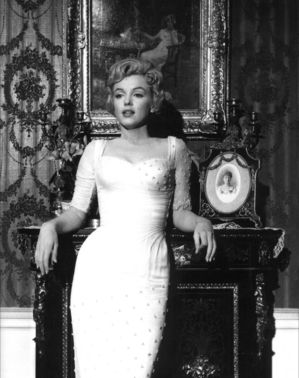 Yesterday I was involved in a fascinating discussion about feminism on Facebook. Now there’s a sentence you don’t hear every day! A friend posted a picture which has been doing the rounds, of Marilyn Monroe (in the chubby corner) and a Gossard model (in the skinny corner), and the picture invites us to compare the two and choose which is more attractive. The implication is that the correct answer is Monroe.

This went on to spark a debate among my friends about who gets more stick about their weight and appearance: skinny women or fat women. Excellent points were made on both sides – my small statured friends gave anecdotes about times when people have accused them of having eating disorders like it’s a perfectly acceptable thing to ask. Those who, like me, are on the more voluptuous side of average, bemoaned the lack of representation of women of size in the media, and criticised the way in which gossip magazines persecute celebrities the moment they put on weight.

Finally we came across the true answer. Where the media – and, I suspect, a lot of society – is concerned, the ‘correct’ weight a woman should be falls within a very narrow margin of error. It seems, increasingly, we are invited to compare women’s bodies to ascertain how far they fall from the mythical ideal shape. 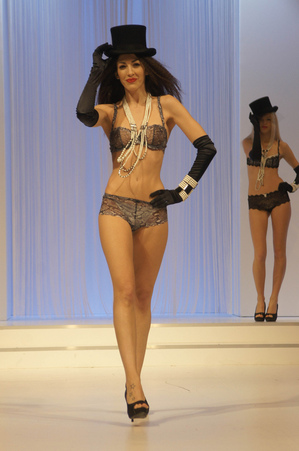 It’s everywhere at the moment, from this Facebook picture, to colleagues arguing heatedly at work whether a picture of a Kardashian is real or airbrushed. The Daily Mail’s recent article by Samantha Brick invited us to look at pictures of the journalist, and compare them to ourselves or the women around us. “Look at this woman,” it implicitly said, “And decide whether she is more attractive than you – in which case you hate her for being beautiful – or less attractive than you – in which case you should hate her for her arrogance“. And the sad thing is that it worked.

For the record, I am delighted to tell you all that I am simply gorgeous, and everybody loves me (this may or may not be an exaggeration, but roll with me). This is not to say that any woman that doesn’t match me in having brown hair, blue eyes, a crooked nose, freckles, a sizeable bust, a formidable posterior, and one big toe shorter than the other is not gorgeous. Neither does it follow that this is the only time in my life that I have been gorgeous. I used to be four sizes smaller than I am now. I used to have red hair. I used to have an overbite. And I could have had many, many other things that still really wouldn’t affect the fact that I am beautiful.

Why, what an arrogant woman, I hear you think. But no. I simply understand that what the patriarchal mouthpiece that is Heat magazine might consider to be a hideous fault (It would probably be cheapest for them to circle my pinky and write, “No cellulite here”) is just a part of who I am. And I am worth loving, along with all my faults. Beauty is not characterised by mutually exclusive characteristics, but covers a huge umbrella of around six billion people.

The issue here is not what size, shape or colour is the only desirable one, but whether we are able to be comfortable enough with our own bodies to understand that it really doesn’t matter. Because really, there are so many more important things at stake! While the Daily Mail derails women by flashing them a big sign saying, “Troll this woman!” and several other media outlets invite us to do the same, we are wasting valuable time that would be more suitably spent by:

[The first image is a black and white photograph of Marilyn Monroe, originally a promotional photograph from The Prince and The Showgirl. It was taken by Milton H. Greene and is in the public domain. The second image is a photograph of an underwear model on a catwalk. She is wearing a bra and pants, several strings of pearls, long black gloves and a black top hat. It was taken by Michael Kelly of Construct Photographic and is used under a Creative Commons Licence. These are not the original images from the Facebook meme described above, they are used for illustrative purposes]