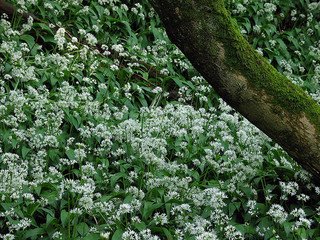 April’s playlist: From a spring to a salute!

I had originally planned to do something nice and pastorial for this months playlist (For the sharemyplaylists link please click here)as I was feeling all springlike, but the weather changed and somehow Saint Etienne and Stacy Kent no longer had the same appeal.

Just before the weather changed though I made a pigrimage to Hyde to see punk women Helen McCookerybook, Viv Albertine and Gina Birch play three very different, and very inspiring, solo sets. I was struck by the ways in which all three performers still had punk attitude despite not playing punk music, but also by the very personal nature of what they were doing.

It started me thinking about other female artists, some of the same generation, some of later or earlier generations, and the extent to which they do or don’t delve into the personal.

So what follows is a quite punky, quite personal playlist. At times loud, at times less so.

I’ve started with a searingly honest track from the debut Dresden Dolls album, Amanda Palmer being a woman who has always been refreshingly honest in her approach to making music.

I’ve also included, along with messrs Albertine, Birch and McCookerybook, two songs of domestic disharmony from the late 70s: Marianne Faithful’s ‘The ballad of Lucy Jordon’ (which I first encountered when it was used in the film Thelma and Louise in 1991) and Siouxsie and the Banshees ‘Suburban Relapse’. I’ve included the 1977 Peel session version of ‘Suburban Relapse’ over the 1978 version from The Scream. Not for elitist reasons, purely because I heard all the Banshees back catalogue out of sequence and as such I find the album version disappointingly slow in comparison to the session version.

Below is ‘Bizness’ by Tune-Yards, who Ruth Rosselson gave an enthusiastic thumbs up to last year at a time when Holly and I were still fairly new in terms of establishing the music section here at The F-Word. More recently, I had a thoroughly enjoyable time dancing around the kitchen to ‘Gangsta’ while cooking my tea after work one night. In Hyde Gina Birch gave Tune-Yards the thumbs up as well so I decided it was time to check her out properly. Very glad I did.

I’ve also put in another track by the excellent Speech Debelle, recently appointed a patron for the anti-nazi organisation Hope Not Hate. 2009’s Speech Therapy album was like a musical diary, with no holds barred, and it’s an approach she’s carried over to 2012’s sequal Freedom Of Speech. I think ‘Better Days’ will have resonance for a lot of people.

On the disarmingly honest scale, I’d have to rate both Everything But The Girl and Saint Vincent pretty highly. Annie Clark sang ‘I’ve seen America, with no clothes on’ on ‘Cheerleader’, and ‘Champagne Year’ has her claiming to make a living ‘telling people what they wanna hear’. While honesty in songwriting is a virtue, is it always wrong to blur the lines between truth and fiction?

This playlist also includes tracks by Emilie Autumn, Lana del Rey, and Summer Camp – all artists who, in different ways, can be seen (in the first two instances) to have created a role or an alter ego for themselves. In the case of Summer Camp, this has been taken a few steps further in that last years debut Welcome to Condale featured songs written about fictional characters living at different times in the fictional US town of Condale.

It’s possible that Emilie Autumn has taken as much inspiration from burlesque as Lana del Rey has from Nancy Sinatra, and image appears to be a key part of the package in both cases. This has meant that both artists tend to be written about largely in relation to their images. On the plus side, I suppose it means that they can take the makeup and garb off and walk home in peace, but on the downside it would appear to mean that from a critical point of view the music frequently comes second.

Much of Lana Del Rey’s Born To Die seems to have the theme ‘my ole man, he treat me mean’ , which is disappointing, but ‘This is what makes us girls’ has more in common with the film Thirteen than with James Dean.

In terms of Emilie Autumn, I’ve included ‘Thank God I’m Pretty’ because I figured any readers who have been following recent debates about notions of female beauty and female jealousy, and a not entirely unrelated post on popstars in their pants, might find the subject matter intriguing.

More immediately accessible than highly mannered songwriters such as Autumn and Del Rey would be Sunderland’s The Cornshed Sisters, whose debut album is out now. ‘Dresden’ is a cover of a song by Le Cox Sportif, which the band have resolutely made their own. I’ve put it in because it makes me cry and, no, I don’t know why… It will be released as a single at the end of this month.

Image of cowslips in Yorkshire by Celie, used via a flickr creative commons licence