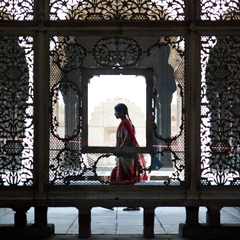 “Asking for it”: Delhi police blame rape on the victims

A recent sting exposé in an Indian magazine, Tehelka, well-known for its investigative journalism, showed police officials in New Delhi, blaming rape on the victims. Their views ranged from “it was about the money”, “she was drinking alcohol”, these “girls wear short skirts”, “she had sex with her boyfriend, and so his friends joined in” and the all-encompassing “she was asking for it”. The insensitive, misogynistic and deeply horrifying commentary given by high-ranking police officials in the capital and its satellite towns, Gurgaon, Noida and Faridabad, are representative of the embedded misogyny still so prevalent in Indian society.

The problematic nature of casual jokes about rape in the UK have been discussed on The F-Word, and are taken note of in the mainstream media, but what about a society which brushes sexual crime under the carpet, refuses to introduce sex education in schools, and still holds men superior to women in a myriad of ways?

In much of India, women’s rights remain paltry. Recent reports have detailed dowry deaths, child marriage, honour killings, trafficking and domestic violence as rife in both rural and urban areas. These facts are widely noted by human rights organisations, are covered in the media but a culturally lackadaisical attitude (“this is India, anything goes”) has meant that little has been done to combat these issues.

Tehelka’s exposé very baldly paints a damning picture of the attitudes towards women. The fact that these men are police officers, are educated, have been trained and supposedly sensitised, are entrusted with the safety of India’s citizens, gives us an insight into how safe the city really is. Known as the rape capital of India, hardly a day goes by when a case of molestation, rape, or gang rape is not reported by the mainstream media. And yet, for every rape case, studies show that 50 go unreported, because of the social stigma attached to rape. According to the police, only 10% of cases are genuine, because no true victim would report the crime. They claim: “In reality, the ones who complain are those who have made rape a business”.

The propensity of these officers to speak so bluntly about sensitive issues shows a complete lack of sensitisation to the proliferation of rape cases in India. The lack of safe public transport at night limits female independence, so much so that the Gurgaon administration recently told women to stop working after 8pm because they could not guarantee their safety. Instead of attempting to weed out the corrupt, sleazy and untrustworthy forces within the police, the administration chose to restrict women’s freedom. The mentality then that women are to blame is pervasive not just through the police force, but also the government who prefer to blame the victims instead of indicting the actual criminals. This move would take India back decades, creating a greater skew towards men, as employers will resent being told to ensure women have safe transport home. On April 13th, 200 women protested against the 8pm curfew demanding a safer city: these are women who refuse to take this attitude lying down. The feminist movement is most definitely alive then and acting as a counter to a misogynistic and patriarchal society.

As an emerging power on the global stage, which is being considered for a place on the United Nations Security Council, which has gained a seat on the UN Human Rights Council, the hypocrisy of India’s ruling class must be addressed. While most articles on India note the economic disparities which permeate the country, rarely do they consider India’s human rights record, its treatment of the stigmatised and unfortunately of women, who remain a vulnerable group. The continued use of the archaic and heinous “two-finger test” to determine a victim’s “virginity” and “habituation to sexual intercourse” merely provides another mode by which women can be subjugated. If the two inserted fingers are easily admitted, the victim is quite literally describes as a “loose” woman. The fact that a victim must be further abused, that her lack of virginity calls into question her moral character, is a sickening violation of human rights. It is no wonder then that so many rapes go unreported.

For India to sit up on its high horse and ignore the extreme rights violations perpetuated by its own forces is quite blatantly ridiculous. The exposé has caused a flood of outrage on both social and mainstream media by activists, advocates and public figures; however, there has been little coverage in the international media. Activists, feminists and indeed, anyone who believes it is the perpetrators not the victims who should be punished, should take note of the vitriolic attitudes towards women still alive in the vibrant, power-hungry and emerging power-to-be that is India.

Nanki Chawla currently works for the Commonwealth Human Rights Initiative based in New Delhi. She blogs about human rights, politics, travel and occasionally dabbles in political satire here, and is frequently seen in a rage on Twitter.

The image IMG_6007 is from Nesher Guy’s Flickr photostream and is used under the terms of the Creative Commons Attribution 2.0 Generic license.