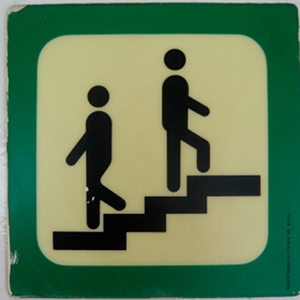 Breaking up is hard to do

Ada Nkechi enjoys all things comedic, all things outsized and all things thought-provoking. She’s particularly enthused by things with all three qualities, such as religion, politics, poker with massive playing cards

There are many ways to leave a marriage, but there are only two ways to leave your own wedding: as the bride, or as the bitch who did a runner.

I broke off an engagement at the start of 2012. It’s a thing that, to be fair, few people ever expect to do once they’ve proposed or accepted.

In my case, it became clear that the engagement, unexpected in the short term but not undiscussed in our six-year relationship, bore no resemblance to the marriage I’d been talking about with my partner. Further to that, the piqued self-awareness that such moments bring made it clear that I could not commit to what my partner had in mind, nor he to what I had in mind. It was impossible to continue. The deed had to be done.

Whereas a ‘normal’ breakup is followed by tea and sympathy, the reactions of some close friends and family surprised me. A few people took it upon themselves to feel sadder than the protagonists in the wedding drama. One friend put in, ‘I knew it wouldn’t work from the moment you told me you were engaged… I’m not judging you, but breaking off an engagement is something I could never do.’ A rather unscrupulous (divorced) aunt suggested that as long as someone was putting a ring on my finger, it didn’t really matter.

These comments left a strong sense that it took me a long time to define – that an engaged woman should be grateful. Someone offers you a ring – that’s the most you can ever hope for. You’re a fool to turn it down. Why would you expect anything more? There was also the bind that keeps so many in bad relationships: once you’ve committed, it’s better to be consistent than self-aware and single.

It also became clear that things became clear: the proposal, like most life crossroads, was a wake-up call. I was lucky enough to heed that my partner and I were headed for parallel and not converging lives. It’s easy to see how wives-to-be can be swept up in the heady air of approval, attention and affection between engagement and marriage. Breaking up, or building your relationship, are pushed to the bottom of a long to-do list.

The awful day came to give the ring back. I’d seen this done only once before. I watched Sex and the City and followed in Carrie’s high-heeled steps. Sardonic and pragmatic Miranda asks, “I’m going to ask you an unpleasant question now – why did you say yes?” Carrie, wracked with doubts, replies: “A man you love kneels in the street and offers you a ring. You say yes; it’s what you do.” Most of us advocate a less flaky and socially constructed response than Carrie. I said yes because I’d come to terms with whatever in our relationship had made me think of leaving before. I wanted to work towards him and he towards me, for good and all. I never anticipated anything derailing my decision. But it did.

In the end, the responses I was most affected by were positive. My father: “You’ve had to make a tough judgement call. But we trust your judgement and will support you in your decision.” My cousin: “It’s not even an issue – we are happy that you’re happy.” (FYI – this sort of episode highlights who you really do and really don’t need to invite to any eventual wedding.)

If Tolstoy is right, “all happy families are alike; each unhappy family is unhappy in its own way”. Perhaps that makes it easier for friends and family to rally blissfully around a relationship in the good times, and find the bad times somewhat incomprehensible. So if ever you find yourself teetering on the diamond-encrusted brink, know two things:

No-one will have to live with the consequences of your decision but you.

Self-acceptance can take a lifetime to achieve. A ring won’t change that.

Photo by Jason Eppink, shared on Flickr under a Creative Commons license