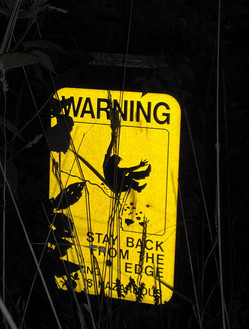 In January the Hollywood adaptation of Girl with the Dragon Tattoo was released in the cinema, and there was a lot of TV advertising. The trailers were pretty slick, so it took me a while before I got bored enough of them to read the small-print consumer warning at the bottom of the screen. I was very surprised to read it warned of scenes of “violence and strong sex”. I had seen the Swedish adaptation already, and knew that it featured one of the most brutal rape scenes I’ve ever seen on film. When this part of the film comes on, I have to either leave the room or physically hide my face.

Part of the reason I am affected so strongly is because, like around a quarter of the female population, I have been the victim of sexual assault. This has led to post-traumatic stress disorder, and I am sometimes ‘triggered’ by visual media. The term ‘trigger’ stems from cognitive behavioural therapy, and means something that can bring about a viscerally real memory of the traumatic event. Some websites (and most feminist websites) will post ‘trigger warnings‘ on content that discusses common triggers, such as descriptions/depictions of sexual assault.

It was surprising, then, that a film which obviously would be covering a very graphic and violent rape scene did not properly warn against it. After all, “strong sex” could mean anything. It could just as easily mean there were very graphic but consensual sex scenes, as scenes of rape against both a man and a woman. If I were going to see the film for the first time without having any other experience of The Girl with the Dragon Tattoo, I wouldn’t have expected to see rape. As it happens, I didn’t go and see the film in the cinema, not wanting to risk a panic attack. Forewarned is forearmed.

But this vague wording of a consumer warning made me wonder just how often people (mostly women) who suffer PTSD are properly warned about films they’re going to see, or DVDs they’re going to buy. Every film released in the UK is subject to a rating by the British Board of Film Classification (BBFC) – this is the PG, 12A, 15 or 18 rating that we all know about. But the majority of films also have a brief description of what content in the film has brought about the board’s decision. On a DVD, this appears in the little coloured square on the back of the cover. In a cinema release, it’s a bit more hit and miss. Some trailers, like the one for The Girl with the Dragon Tattoo, will have it in small print at the bottom of the screen, while others might have it on the cinema listing, or appear before the film begins. But the consumer ratings for all film releases, past and present, can be found at the BBFC website.

With the help of Twitter, my friends and family, and a few movie-geek message boards, I compiled a list of 61 films with various ratings that featured scenes of rape or sexual abuse. Most of these were 15 or 18 rated films, but there were five rated PG or 12/12A. What surprised me most was that, of these five low-rated films, none of them warned of any kind of sexual violence. There were warnings for sex scenes, violent activity, swearing – but nothing suggesting that these could be particularly harmful to RSA victims. Of the higher rated films, only 31% of the 15s and 35% of the 18s warned of sexual violence. None of the films’ warnings used the word ‘rape’.

It could be argued that the job of the BBFC is not to protect adults, but to advise parents so that children don’t stumble onto something they’re too young to handle. But the BBFC website says they consider “the possible effect not only on children but also on other vulnerable people“. Besides which, although I don’t have children, I would think that most parents would want to be forewarned if the film their child is about to watch features someone being raped. The BBFC prints consumer content warnings anyway. How much more ink is needed to write four letters: R A P E?

[The image is a photograph of a bright yellow warning sign which reads “Warning: Stay back from the edge” with an illustration of a person slipping down a slope. It was taken by TheBazile and is used under a Creative Commons Licence]