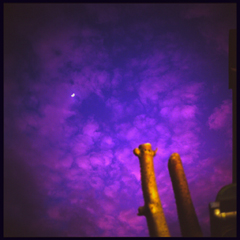 “I don’t remember raping her”

A Swedish man is currently on trial for unknowingly raping a woman while sleeping. According to the man himself he was asleep during the rape since he suffers from two quite unusual sleeping disorders: somnambulism and sexsomnia.

According to a news article, the rape victim was intoxicated to the point of being more or less unconscious until she woke up during the rape. The man and the woman slept in the same bed during a summer trip. The man supposedly has no memory of the event and claims that he woke up when the woman pushed him off her. Apparently, the man said that he has been in this type of situation before, since a former girlfriend of his had told him that he engaged in sex with her while he was asleep.

Sexsomnia is a rare medical disorder that is characterised by sexual behaviour while the person is asleep. Somnambulism basically means sleepwalking. This diagnosis is also very rare in adults (approximately 5 percent of children suffer from somnambulism while it is even less common in adults).

There are also a number of other cases in which accused rapists have claimed to suffer from the same sleeping disorder. In 2007, a 38-year-old man was freed from accusations of raping an 8-year-old child since he claimed that he was asleep and did not know what he was doing. The court believed the man and stated that they could not rule out the possibility that the man dreamt that he was engaging in sexual intercourse with his wife. Also, in 2011, a second man was freed from similar charges, despite a previous conviction.

The rationale behind not charging these men for their assaults is reminiscent of other attitudes and opinions that diminish the perpetrator’s personal responsibility and the act of rape. Stating that the adult man perhaps dreamt that he was engaging in sex with his wife is a strange reasoning behind not charging the man for committing rape. What about the 8-year-old child? If it is true that these men do not remember or were not awake during the sexual assault, does this mean that they are not responsible for their actions? Being asleep or not remembering committing rape does not mean that these women and the child were not raped. The victims still had to suffer through the physical act of rape as well as the mental and emotional trauma that accompanies rape. The men discussed above did not deny the fact that they engaged in non-consensual sex with their victims, but stated that they were not aware, did not remember, and therefore should not be held accountable for their actions. These men use their disorders as a scapegoat for their sexual behaviour. Rape, whether or not the person remembers raping the victim, is rape.

It seems as if the whole justice system has failed these women and the child on so many levels. First, by not establishing the suffering of the victims. Second, by not punishing the perpetrators. Third, by not establishing any form of retribution or justice for the victims. Fourth, by indirectly stating that that the perpetrators were not at fault.

Sometimes, people that have engaged in criminal behaviour and are found to suffer from a medical disorder are given treatment of some type. It does not seem however that this type of treatment was given to these individuals, or demanded by the court system. The possibility of treatment (for a claimed or real disorder) should not however exclude charging the perpetrators for the crime they committed. As noted, we believe that the justice system has failed to respond to the rape victims, and that treatment should be mandatory for the perpetrators. But it is also important to acknowledge the personal responsibility of the perpetrators. If these men (as the man who is currently being charged with the possibility of rape) know of their behaviour would they not warn the women that they are in contact with? Would they not avoid any situations where their sexual behaviour might become a problem? A medical condition or disorder does not exclude personal responsibility.

These men have a responsibility to protect and inform women who decide to engage in sex with them, or who decide to simply sleep next to them. They also have a responsibility to avoid or keep away from any situation in which children are present if they cannot control their sexual behaviour. Sexsomnia might be embarrassing for the person suffering from it but men’s violence against women, whether they are awake during the sexual assault or not, is their responsibility. Individuals suffering from sexsomnia should be held accountable for their actions, because the victims are going to have to live with the consequences of rape for the rest of their lives.

The image Somnambulism is from VisualAge’s Flickr photostream and is used under the terms of the Creative Commons Attribution-NonCommercial-NoDerivs 2.0 Generic license.