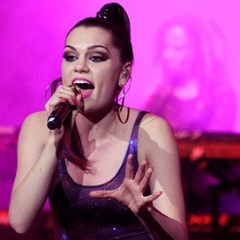 Although it’s fantastic that the Jessie J “scandal” belly-flopped because most people didn’t actually care whether she’s gay or bi in the first place, I’ve yet to hear anyone challenge the premise of the claim itself: the presumption that it’s easier to come out as bisexual than gay.

The assumption that bisexuality is a softer way of coming out feels rather insulting to all the bisexuals who experience hate and prejudice, but sometimes, particularly for women, there’s an element of truth to it. Not because homophobes don’t mind same sex relationships if one partner is bi, but because they think we’re a joke, not a threat. Our society still promotes the belief that anyone who can choose between men and women will, in the end, choose a man for a life partner.

Cynthia Nixon tried to articulate that she’d chosen to be with a woman, and was shouted down by prominent gay rights activists. Patrick Studwick – who I usually agree with – wrote an article in the Independent dictating the terms on which she’s allowed to define her own sexuality.

His concern about throwing ammunition to bigots is understandable, but honestly, if she was gay, would he have felt entitled to write it? Why do so many people think that bisexuals need to prove ourselves or obtain validation before they will believe us when we tell them how we experience love? Why do they get to decide whether we exist?

The denial of male bisexuality happens too, but, interestingly, it manifests itself very differently. A joke in Sex and the City sums it up: all the bisexuals they knew in college, both male and female, ended up with men. I can’t speak for others but that is simply not my experience.

What an odd world we live in where a woman can have a faithful same sex relationship for years but still be accused of being heterosexual because she identifies as bi, but when a man holds his friend’s hand or kisses him drunkenly, the very same people can declare him “obviously gay”. (Other things I’ve heard given as “proof” of male homosexuality: enjoying fruit cocktails, straightening hair, wearing bright trainers, painting nails, wearing eyeliner or, er, watching Friends.)

No wonder no-one questions it when they read that a singer’s bisexuality was seen as “exotic and trendy” by her record company but that being a lesbian “alienates” people. When the ancient idea that men are an asset and women are either a burden or a plaything is so prevalent in our society, no wonder that same society finds it impossible to get their heads around people who actually do a have a certain degree of choice about which gender they end up with choosing female life partners over male ones.

It doesn’t help that these myths are constantly given credence in the media, even outlets you might expect more from. Diva magazine recently ran a feature which acknowledged the existence of the myths but presented them as normal. Simone Webb has already blogged brilliantly about the feature here. The article was titled “How to overcome your fears and date a bisexual” (not, you know, “Do you have fears about dating bisexuals? We’ll help you address that prejudice,” for instance), and they couldn’t find a single positive bisexual dating experience to include in the feature. Nor, it seems, could they find any bisexuals to speak to, instead of about.[ETA: Please see the response from Diva below.]

And this is the saddest thing about the Cynthia Nixon saga, and the Jessie J story too. There are very few out women with such extensive fan bases as Cynthia Nixon and Jessie J, much fewer who are confidently bisexual. They are great role models for girls growing up with same sex romantic feelings. And they are great examples of pride; pride in your sexuality and your gender. Look at Cynthia Nixon. She’s gorgeous, successful, and fancies both men and women. Yes, she could choose to be with a man if she wanted to. She has chosen to be with a woman. Because that’s the person she loves. That is a choice, and it’s one which should be applauded, not shouted down by people who think they have more right to speak than she does.

By redefining every openly bisexual woman as a lesbian no matter what they say with their own two lips, and shushing bi people out of a debate which is actually about them as well as about gay people, an important point about LGB pride gets lost.

We’ve all been allowing the argument to become apologetic. But surely same sex love isn’t okay just because we “can’t help it”? It’s okay because, no matter how loudly the Rick Santorums and Cardinal Keiths try to tell us otherwise, love and sex are beautiful, positive things. When bisexuals speak about “choice” we don’t mean that we “chose” to be bi, or that gay people could “choose” to be straight. We mean that some of us do have the “choice” of an opposite sex partnership, but so what? We want to be with the person we love, not the person that lets us claim straight privilege. Or to put it another way: even if it is a choice how you act on your feelings, it’s a choice you’re entitled to make, and most importantly, it’s nobody else’s damn business how you live it, feel it, and express it, but yours.

ETA 26/04/12: We have since been contacted by Louise Carolin, the author of the Diva article referred to above:

I am bisexual and I am deputy editor at DIVA. Louise appears to have read Simone Webb’s blog about the article rather than the article itself. As well as being authored by a bi woman, the primary interviewee (Dr Meg Barker) is bisexual and a number of the reader accounts accompanying the piece were contributed by bi women. May I direct you (and Louise) to my response to Simone, which also appears on Simone’s blog here.

Photo by alenolasco, shared under a Creative Commons licence.