Music paste up: MIA and terrifying things to do with cars, Clean Bandit provide some local sauce, and the dance film season is upon us 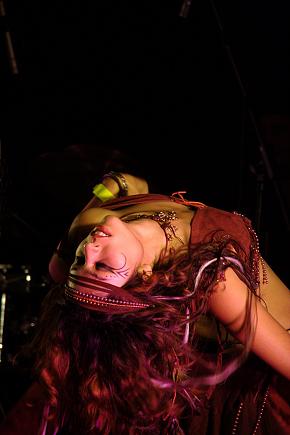 Readers of the sporadically occuring music paste ups may recall that back in February MIA announced the release of her new single ‘Bad Girls’, and its accompanying video. Inspired in part by some videos Maya had been watching of ‘drifting’, and an Iranian girl driver, the resulting video can be watched below. Since the video has been released, MIA’s video folk have released a ‘making of MIA’s Bad Girls’ video, which you can watch here.

I have to confess to not being personally comfortable with all aspects of this film, but I did find it a really fascinating watch overall. It’s over thirteen minutes long, which is why I haven’t embedded it here. Meantime, here’s the song video.

I’ve recently been introduced to the work of Clean Bandit, a multi faceted group of musicians who comprise an instrumental core of string quartet, keys, electro-acoustic drums and who work with various vocalists to produce highly eclectic mash ups of their varying influences and interests. ‘Local Sauce’, a track recorded for Huw Stevens Radio 1 show last month is a good example of their approach to music and features vocalists Jungle VIP, Subzy, Camilla Farrant and Eliza Shaddad.

I couldn’t decide quite what to make of the band, and this track at first. An earlier sea shanty based track had featured a video involving Lily Cole as a mermaid and something that seemed to resemble sea based pole dancing, so I was a little wary at first, but shall look forward to seeing what they do next now.

Meanwhile, back in the weird and surreal hinterland that is Hollywood, the release of Street Dance 2 would seem to suggest that the brief moment of warm weather we had last week = time to launch all those summer films. Perhaps not the big blockbusters, but it’s clearly time to get out the dancing boys and girls again.

Dance films seem to be making a return, what with the remake of Footloose last year , a film already parodied in its original form by, amongst others, Xena Warrior Princess many years ago now (although, if you are going to click through and watch this clip, I must add that the episode in question was definitely not soundtracked by any of the various versions of ‘Stayin’ Alive’ originally…)

I suppose we could blame it on Glee, but whatever the reason, I await the expected yet in no way confirmed re-make of Flashdance any day now…

The Bollywood film on the other hand, while following very different conventions to the likes of Flashdance and Footloose is no slouch when it comes to the energetic dance routine.

I haven’t seen the film Jhoom Barabar Jhoom, I’ve just heard the title song and watched the clip on Youtube. Which means I’ve no idea what it’s all about or how the clip below fits into the wider narrative, I just enjoyed watching it and hope you do too.

A Bollywood film I have seen however is the excellent Veer-Zaara, the longest film I own on DVD and the only DVD with a built in intermission. It tells the story of the tragically intertwined fates of Indian rescue pilot Veer Pratap Singh (Shahrukh Khan) and Pakistani politicians daughter Zaara Khan (Preity Zinta)who meet when the headstrong Zaara travels from Pakistan to India alone in order to fulfill her surrogate mothers dying wish.

The clip below is Zaara’s first song, ‘Hum To Bhai Jaise Hain’, which introduces the viewer to the character effectively. Zaara Khan has been dragged out of bed and reminded of her impending arranged marriage, and attached duties. Unrepentent and uninterested, she sings a spirited song on the theme of how she refuses to let marriage change her in any way whatsoever…

Dance sequences in films, whether they be the good, the bad or the indifferent serve a variety of functions. Sometimes, as with the above clip, they are a vital part of the unfolding plot. Sometimes they are the plot, and everything else is just filling time before the next dance sequence (well, I know I’ve seen a few of those…) Sometimes they serve little or no purpose at all and are there purely to titillate. Ultimately though, if the dance sequences on screen don’t encourage the younger and more impressionable members of the audience to A) Attempt the sequences and beg for dance lessons B) Get something extra from the plot, then they’ve probably failed. But lets hope that the dance sequences are good ones, not tacky ones…