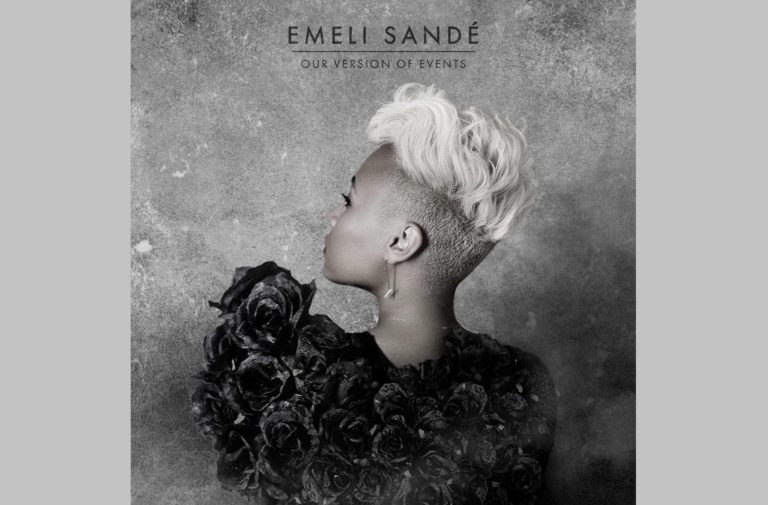 Having a first solo single compared to Massive Attack’s ‘Unfinished Sympathy’ is a tough accolade to live up to. Written by the brilliant Shara Nelson and sometimes described as one of the greatest songs of all time , there isn’t honestly a lot that could even come close to that classic. However, as songs with starkly clear influences go, Emeli Sandé’s bass-driven ‘Heaven’, with its “clattering 1990s drum loops”, is a strong enough song in its own right to be able to live through such grand comparisons. The lyrics are interesting too, highlighting the competing concerns of ambition, authenticity and goodness. It was a big tune last summer and its instantly recognisable percussive style is presumably where the “trip hop” tag comes from on Emeli’s Wikipedia page.

And that’s the first sticking point. The debut album Our Version of Events (written by Emeli and produced by her creative partner, Shahid ‘Naughty Boy’ Khan) does not sound like a release from a dance-orientated or urban act. Aside from the slightly edgier and dramatic ‘Daddy’, none of it seems to come from the Emeli who wrote ‘Heaven’, composed ‘Diamond Rings’ for Chipmunk and collaborated with rappers such as Professor Green on ‘Kids That Love to Dance’ and Wiley for a modern take on White Town’s ‘Your Woman’. It turns out that most of the songs are middle-of-the-road ballads showcasing the kind of highly competent but play-it-safe songwriting one might expect from the Emeli who has written for Susan Boyle and Leona Lewis and is Simon Cowell’s favourite songwriter.

Our Version is, of course, Emeli’s album in her own right and the fact she is clearly much more than just a performer who sings other people’s songs (“I always knew I wanted to be a musician, and I always knew I wanted to write…because the people I was listening to all wrote”), makes it worth checking out. However, there is also a sense that the initial marketing of her as a solo artist has been targeted at an audience not necessarily interested in her material in the first instance. This is something a review on the FACT website rather aptly describes as “a bait-and-switch” approach.