Pretending to be poor 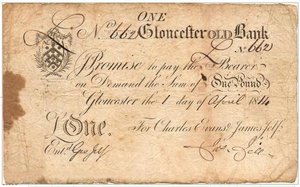 A few days ago I received an email asking me to participate in a scheme to live on less than $1.50 a day for 5 days to raise awareness and funds against global poverty. It was accompanied by a video of an international movie star explaining that he couldn’t do this particular challenge, because of his job, but that instead he would give up coffee and sugar for 5 days.

While I have no desire to call out this charity in particular, I do want to write about the problems with this kind of campaign.

The first problem is that the charity makes a huge, and incorrect, assumption that the people in receipt of their email are not already living on a very low income of less than $1.50 a day.

The thing is that while living on $1 a day for 5 days may be tough, and it may raise awareness, it bears no relation to what life is like living on a very low income long-term. Those doing it for charity will be counting down until the day, only a few days away, when they can go shopping. Those living this reality long-term have no such anticipation.

I’ve seen television programmes where famous people pretended to be in a disadvantaged position and then talked about what it was like. I think I saw Anita Roddick dress in a fat suit for the day and go shopping. I think I saw Gail Porter wear glasses that mimicked what a visually impaired person could see, and then travel around. I’ve certainly seen celebrities sleep rough for a night.

The awareness of those individual famous people was raised, and that is a good thing. Where it is problematic is that each of them then talked about what life is like when you are fat, visually impaired or sleeping rough. After their day, or week, pretending to be something, they then became temporary authorities on the issue.

The thing is, you don’t need to dress someone in a fat suit, give them distorting glasses or set up cameras and challenge a celeb to sleep on the streets, to find out what being fat, visually impaired or sleeping rough is like. There are plenty of fat, visually impaired or homeless people who can talk to you, with much more authority, about how their lives are. With true and genuine insights, not a flawed sense of lived experience after pretending for a day or two. After her experiment, Gail Porter denounced the inadequate systems on public transport, for instance. But the media could have asked any visually impaired person about transport accessibility and got the same answer. Why get a celeb to fake it then assume they know best?

I’m sure the celebrities involved in previous campaigns, and this current one, have the best of intentions. And I do hope that this particular campaign will raise awareness about global poverty. However its lack of appreciation of the potential poverty of the recipients of the email is insensitive, and its assumption that pretending to be poor equates to anything that resembles actual poverty is misguided and worrying.

[The image is an 1814 one pound bank note from Gloucester Old Bank made out to Charles Evans and James Fell. It is a scan of the original and is in the public domain]