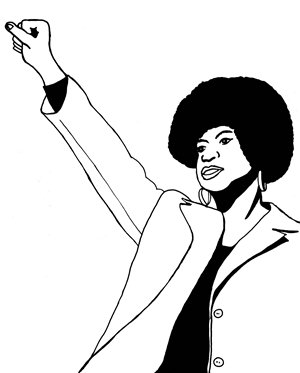 Black Feminists are organising a demonstration outside the Swedish Embassy next Tuesday, 1 May, in response to the Minister of Culture’s engagement with the racist “FGM cake” artwork that caused outrage last week:

We are protesting to stop the abusive racially charged characterisations of black women, to empower black women as they defend themselves against racist and stereotypical imagery, to improve race relations in the African diaspora as well as on the continent, to raise cultural competence and sensitivity to issues pertaining to Africa and African cultures, to enhance understanding and views of African people as human beings with dignity and pride. We want a robust review and implementation of anti-racist policies that impact the lives of African Swedes and those from African Diaspora communities in Europe and Internationally.

The feminist movement has been bringing attention to female genital cutting for decades; the women who experience FGM have been sharing their own experiences for decades too. The display at the Moderna Musset museum decontextualises, dehistoricises, depoliticises and attempts to deracialise an highly sensitive issue.

Sign the petition demanding an apology from the Minister of Culture here.

Image of Angela Davis by Melanie Cervantes at Dignidad Rebelde, shared under a Creative Commons licence.