Where does the metal for the Olympic medals come from?

Today the international mining firm Rio Tinto held its AGM down the road from Parliament. You might have read about the activist protests that disrupted the shareholder meeting.

Earlier this week, I met with some of the women who have been involved in activism against Rio Tinto mines in their communities. Their struggles have been going on for years, but have a new prominence this year because Rio Tinto is supplying the metals which will be used to make the medals awarded to athletes at this year’s Olympics. The Greenwash Gold 2012 campaign is trying to draw attention to this issue.

We met in a basement cafe in Westminster, after the group had met with John McDonnell, who launched an early day motion in support of their campaign.

Cherise Udell, the founder of Utah Moms for Clean Air, who had travelled for the second time from Salt Lake City to protest Rio Tinto, told me: “They have written values that sound great, that dovetail with Olympic values, but the reality on the ground isn’t entirely that story.”

She added: “As a mother who sees the impact of bad air quality on our children – it impairs their lung development. Rio Tinto contributes 30% of the air pollution to our airshed, which is very disproportionate for one company. Our children, because of their operation… will probably prevent them from over being an Olympic athlete, if they have that potential.”

(She lives near the Bingham mine, below right.)

Zanaa Jurmed, one of the other protesters, is a former member of Mongolia’s national archery team, and herself once trained to take part in the Olympics but was prevented by sickness. (She’s also a feminist and works on gender equality issues in Mongolia.) “I was preparing for the [1976] Montreal Olympics. But I was sick,” she explained.

She was there highlighting concerns about the Oyu Tolgoi mine – criticising the investment agreement on which the mine is based, the environmental impacts of the the mine and the social impact – primarily the impact on nomadic families living near the site.

(The mine was one of the subjects of the infamous Wikileaks cables, which makes fascinating reading.) 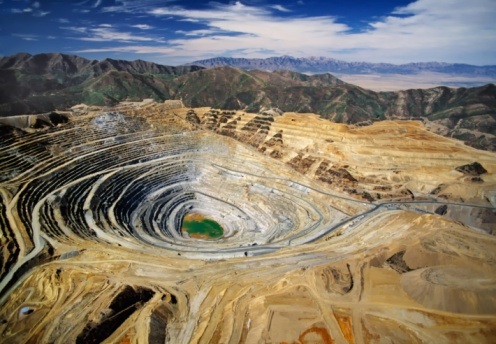 Cynthia Pryor explained about how she was arrested on the site of a mine being built by Rio Tinto partly on sacred land in Michigan.

Cynthia and Carla Champagne were at the meeting to talk about an application by the Kennecott mine to be allowed to remove an air filter.

Overall it was inspiring to see these women coming together to raise these concerns. And especially their energy in continuing to protest. Shareholders, Cynthia said, need to be shown what Rio Tinto is doing to their communities – it’s all too easy to ignore at a meeting in a plush conference centre in London. Turning up and telling their stories does make some difference, they agree.

The Greenwash Gold site has some more information on what you can do to support their campaign.