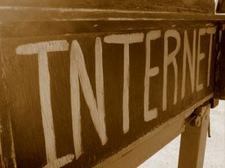 Here’s this week’s round-up of interesting news articles and happenings from around the blogosphere that we’ve not had time to write about in detail. As always, if there’s anything we’ve missed feel free to share with us in the comments section below.

Trans Feminism: There’s No Conundrum About It (Ms.Blog)

Jessie J gets the Rock Hudson treatment (The Independent)

Filler withdrawn for breast use (The Star)

Mute and mutilated: black women and the cutting of the ‘racist’ cake (The Local)

London: the worst place in the UK to be a woman (the Guardian)

FGM is not a piece of cake (Black Feminists)

Men and Feminism, Me and Queer: Can men be feminists? (Douche, Bag and Shoes)

The death count of the welfare system (The Potter Blogger)

As always, this is simply a list of articles we have noted as a collective. Inclusion here does not mean we necessarily agree or disagree with the content, but rather that these pieces offer the potential for further debate and discussion.

Hope you all have an excellent week!

Photo by RambergMediaImages and shared under a Creative Commons License.