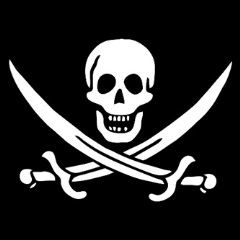 What Pirates! taught me about women

I made the mistake of wasting £7.50 (seven! pounds! fifty!) and two hours of my life going to see The Pirates! In an Adventure with Scientists! yesterday afternoon. Even without my feminist hat on, I thought it was decidedly average, and judging from the nigh-on silence in a packed bank holiday cinema, it didn’t impress the kids either.

What it did impress upon me – and more importantly, those kids – was the following:

It’s fun to perve on women. During a presentation to the Royal Society of Scientists, the inventor of a hydrogen-powered flying device points out that one of its main advantages is that it lets you look down women’s tops. Charles Darwin and Pirate Captain helpfully confirm this later on when they take the balloon out for a flight.

Women need to be sexy, the object of male desire or disguised as a man to feature in a film. In a film that features dozens of pirates, only two are women. Cutlass Liz is one of Pirate Captain’s three main rivals for the Pirate of the Year award. But in order to merit this position, the film makers decided she had to be super sexy, strutting her “beautiful but deadly” stuff in front of her male peers as she makes her bid for the title. Interestingly, she appeared to be the only pirate leader not to have a crew. She’s also black, and there’s more than a hint of the exoticising and eroticising of black women in the way she is depicted.

The second woman is a member of Pirate Captain’s crew who wears a beard so she can pass for a man. I did like her, but she’s a classic feisty “girls can be as good as men” character, the kind film makers use to try and compensate for not bothering to feature any female characters that aren’t just there as eye candy or a neat plot device. The closing titles reveal her to be “Surprisingly Curvaceous Pirate”. I can’t say she seemed any curvier than the men, but I suppose curvaceous = sexy = woman. Though I guess she wasn’t sexy enough to make it as a pirate without disguising her sex.

The third female character in the film (aside from a dodo) is Queen Victoria. I’ll give Aardman some points for this one, as it’s fairly rare for the main baddie in a film to be female – even rarer to see a relatively fat female character with some mean gymnastic and fighting skills. But the reason for her presence was that Charles Darwin fancied her.

Finally: scantily clad women exist to cheer men up. When Pirate Captain’s crew are down in the dumps, he suggests setting off on an adventure to an island where the women don’t wear many clothes. Lucky old Darwin ends up on this wonderful island after having his heart broken by Queen Vic – get in there son!

I’m just glad I watched the film with my pesky lens of feminist criticism and not my kids.

Image by spaceninja, shared under a Creative Commons licence.