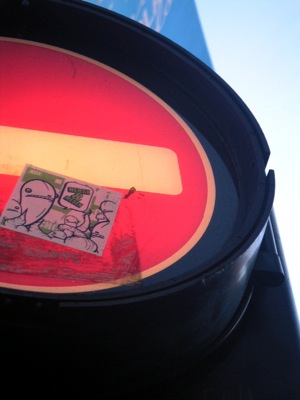 Why do you think it is appropriate to grope me?

In my first post I talked about what it’s like to go to a typical, commercial club such as Proud in London on a Saturday night, and their role in promoting an impossibly glossy standard for women.

Women and men both take part in some of the sexist rituals in clubs which perpetuate hyper-feminine female stereotypes and a Nuts mag aesthetic. This leads to women being groped and their bodies openly talked about, whether they want that or not.

What factors drive (some) men in clubs, on the street and at work, to make unprovoked sexual advances or harass women? How does one talk about this without being dismissed as attacking men? Or by being hit back with comments such as “that is some men, just ignore it” or “women like being come on to, that’s why they dress that way”?

Behaviour in lap-dancing clubs and commercial clubs display varying degrees of the same problem – and both perpetuate each other.

Joan Smith’s recent article, ‘It’s modern masculinity that’s in trouble’, in The Independent, talks about men’s bad behaviour in lap-dancing clubs. A lot of the reader comments dismissed Smith’s article. Putting the fact aside that some people comment on news articles just for the reaction, I think that what lets the article down is that she does not define what she means by ‘masculinity’. What she describes is the actions of groups of men, not masculinity. But still, these men need to be challenged in some way.

In my experience for instance on a regular night out or in the street, heterosexual women generally are not sexually abusive towards men but some heterosexual men are sexually abusive towards women. By sexually abusive, I refer to things that I have personally encountered: from an arse grab, wolf whistle, and comment on clothing or appearance to a face-to-face confrontation or attempted physical assault. This is a big problem; see HollabackLDN, a site which aims to shame perpetrators and give a voice to victims in a safe, online space.

Why is it hard to publicly address these things that infringe on our daily lives? Immediate confrontation is difficult (or dangerous) for some people and it is rather tiring too! I haven’t been able confront a regular offender who says things such as “your jeans fit you like a glove” while looking at my body up and down. Does he know that this is inappropriate (especially at work)?

The saturation of hyper-sexual images of women’s bodies in the media to sell products, club nights, music and life-style is a contributing factor to the behaviour of both groper and gropee. Look at a magazine rack for instance and you will see that the vast majority of them have a glossy photo of woman on the cover wearing a seductive sex-face. This sends the message that it is OK to value women as objects. Images to counter this message simply do not get this level of exposure in the mainstream.

Lots of women expect to be groped in clubs – it is, in fact, normal. And hey, why shouldn’t these men think that they have the right to a woman’s body when what they see around them is the female form available for taking off the shelf?

Challenging a grope in a club face to face or initiatives like Object’s campaign on lads’ mags face tough challenges; this is because it is still not even seen as ‘normal’ in the mainstream to challenge these issues head on.

Photo by Mayu Shimizu, shared on Flickr under a Creative Commons license