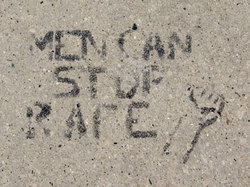 An anonymous reader felt unable to report being raped. She explains why.